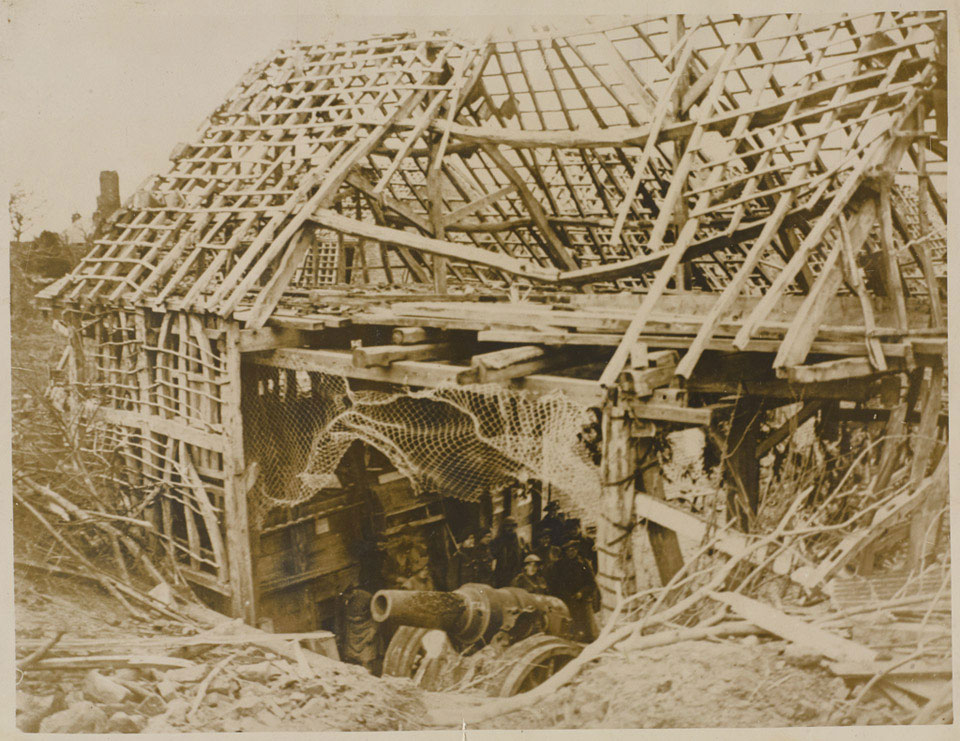 'A Big German Gun (8") captured by Highlanders during our Cambrai offensive', 24 November 1917

British soldiers inspect a German 8-inch gun in its emplacement in a ruined barn at Flesquieres. The position was captured by the 51st (Highland) Division during the Battle of Cambrai (20 November-7 December 1917).

From a collection of 193 British and Allied official photographs.