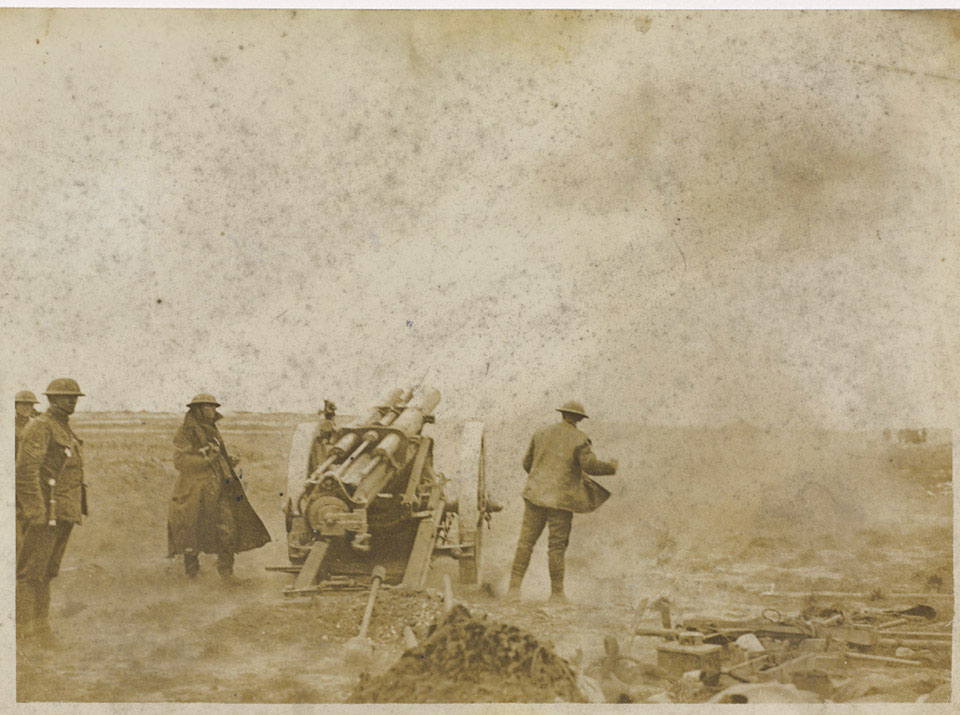 'The German Offensive. Our artillery in action impeding the Boches', 1918