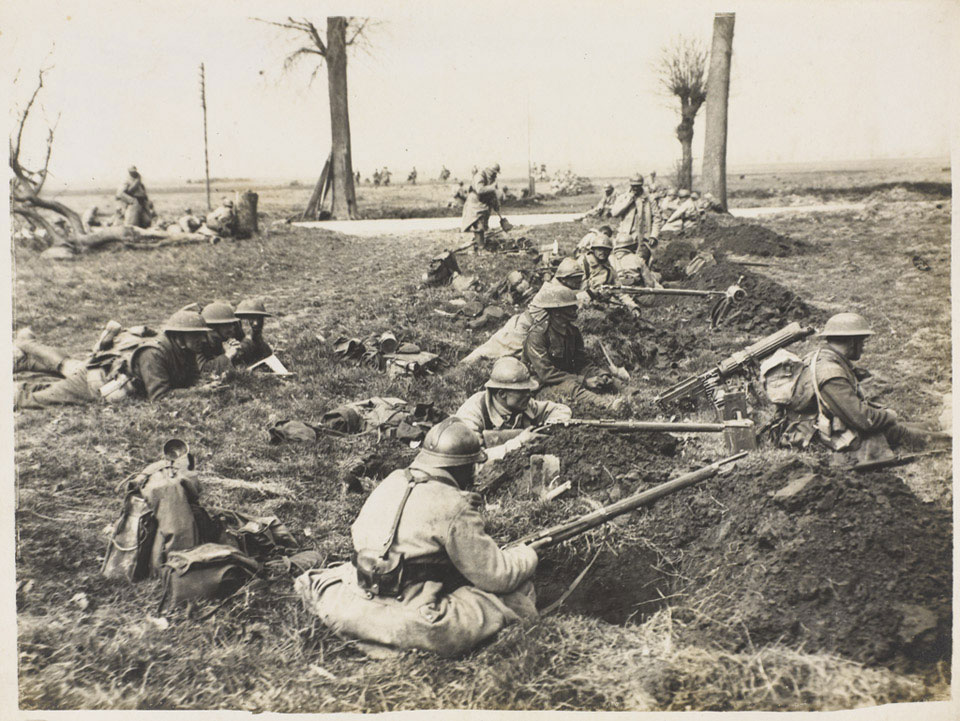 'The German offensive. British and French alongside each other waiting for the Boches', 1918