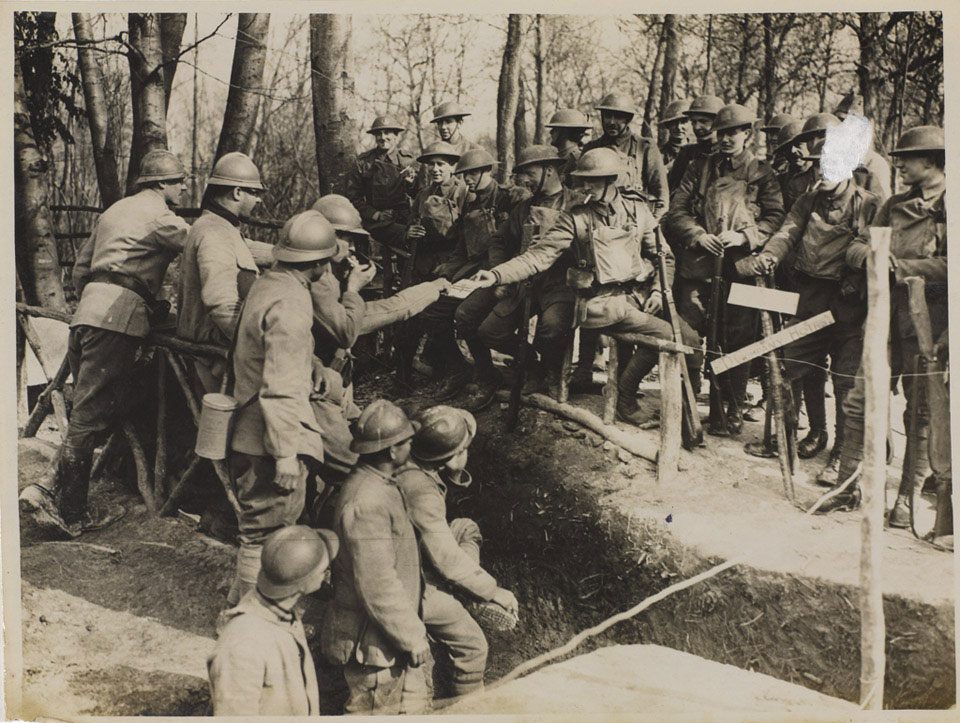 'On the right of the new line taken over from the French. British and French troops make friends outside a dug-out', 16 March 1918

British and French troops converse and exchange cigarettes outside a dug out on a new part of the British line at Bernagousse.