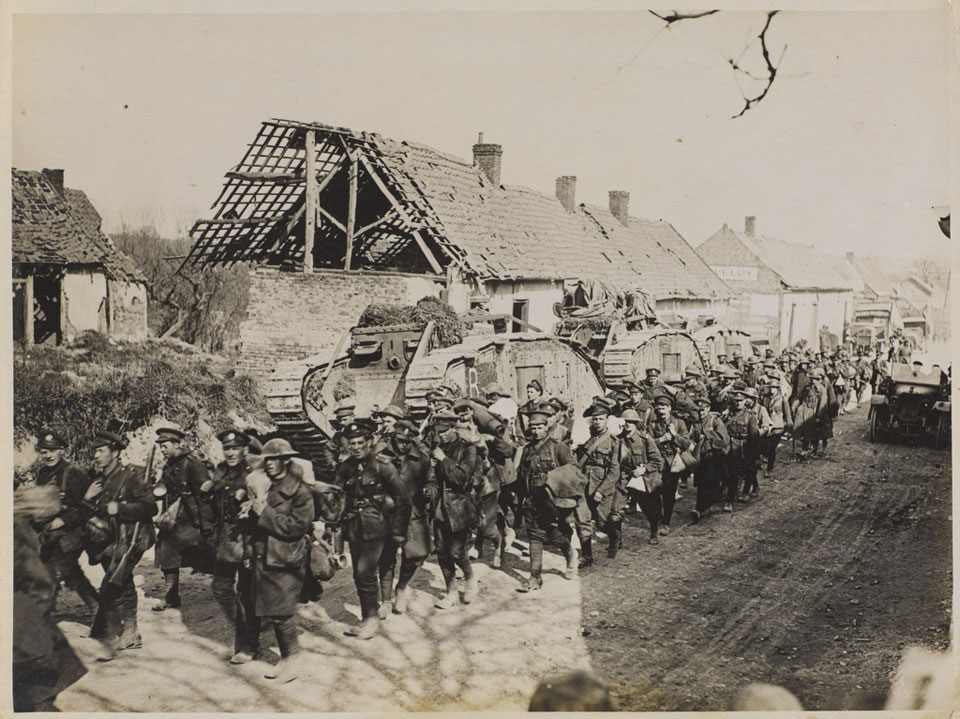 'The German offensive. Troops passing Tanks on a road in France', 1918

One of 193 British and Allied official photographs taken on the Western Front.