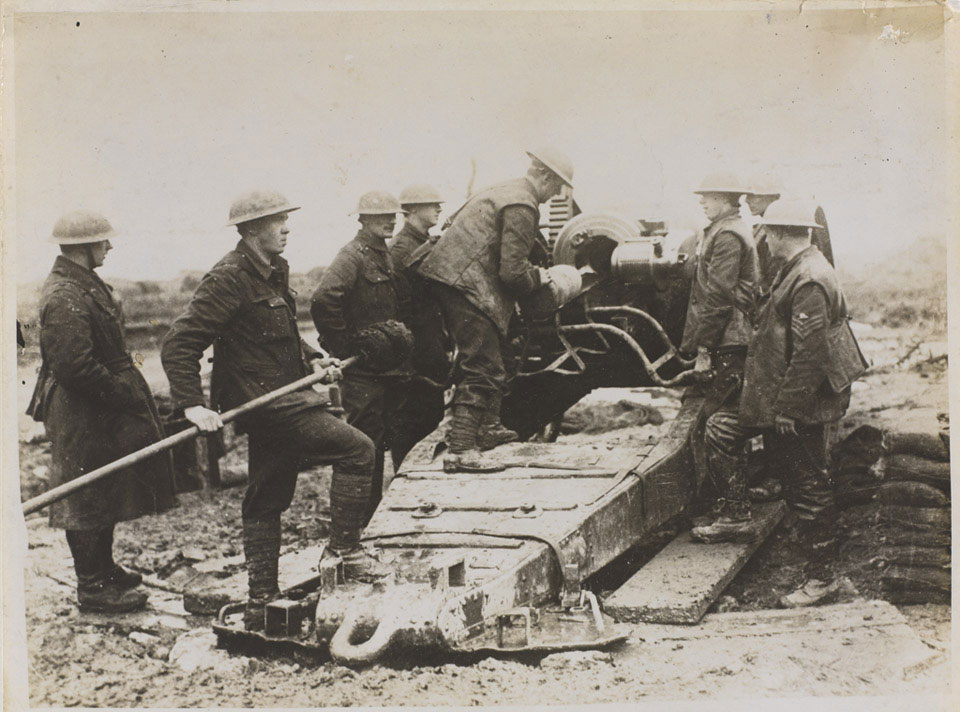 Four men have brought the shell up to the breech in a carrying cradle. The gun is mounted on the Vickers firing platform, with the traversing rail visible beneath the end of the trail. The Vickers platform was adopted after problems with the gun's stability on very hard or soft ground following its introduction in 1916.