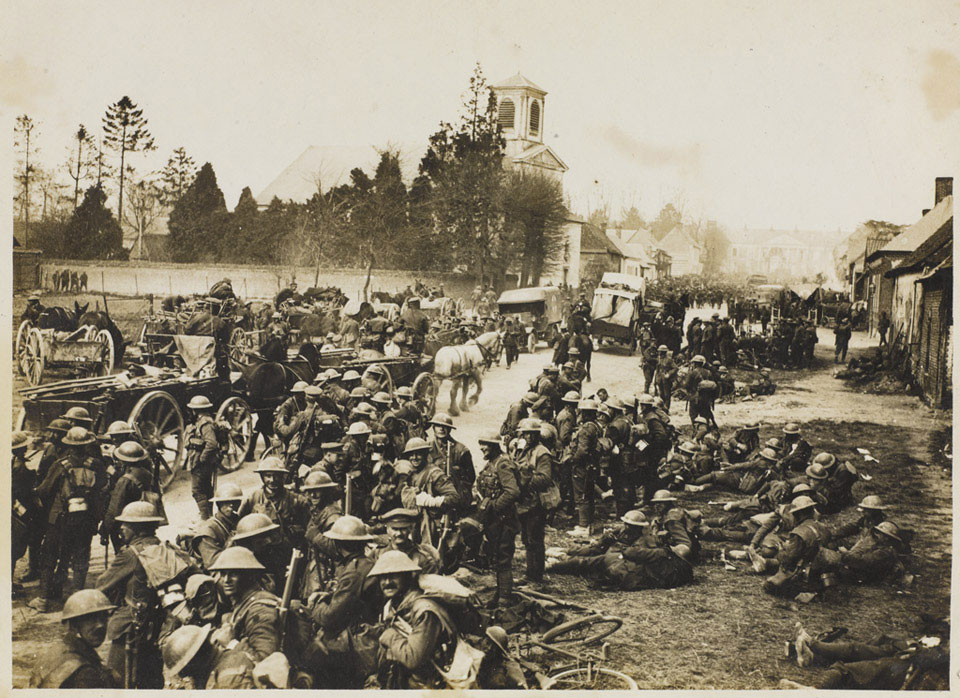 Soldiers resting in a village after being in action during the Second Battle of the Somme, 26 March 1918

Soldiers of the 17th (Northern) Division gather at Henencourt after their evacuation of Hermies during the German Spring Offensive. They were subsequently reformed as the V (5th) Corps' Reserve.