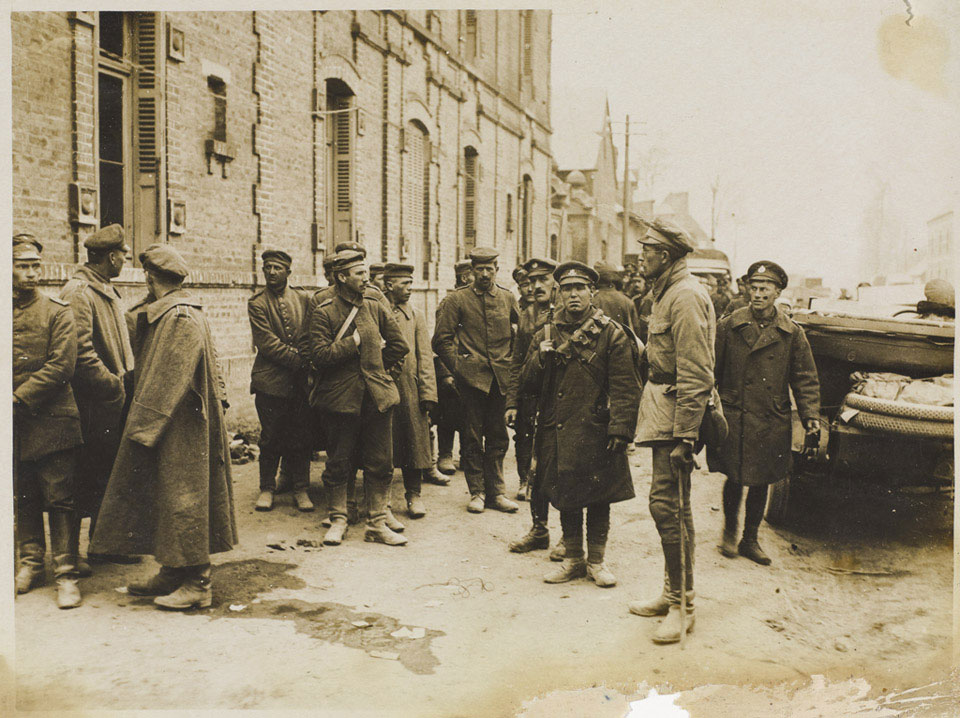 'The German offensive. German prisoners resting in a small village', 1918