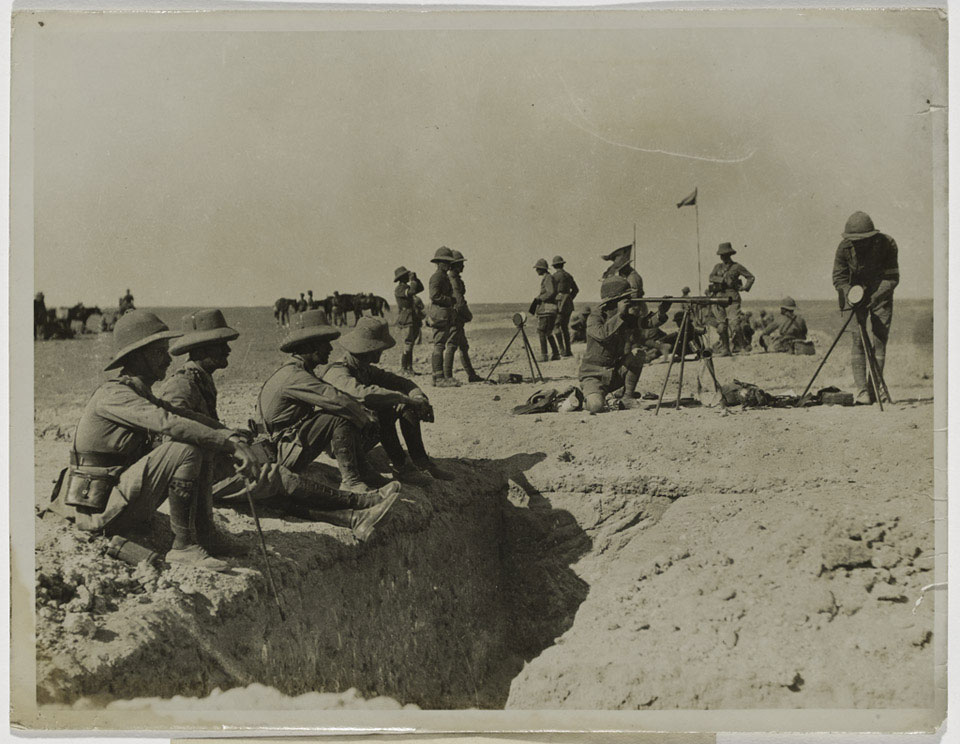 Roosevelt (first left) was the son of former US President Thedore Roosevelt. Following his country's entry into the war in 1917 he joined the British Army as an honorary captain and was attached to the 14th Light Armoured Motor Battery of the Machine Gun Corps. The British high command, worried about his safety, later made him an officer in charge of transport. During his service in Mesopotamia he was awarded the Military Cross on 26 August 1918.

One of 53 official photographs.