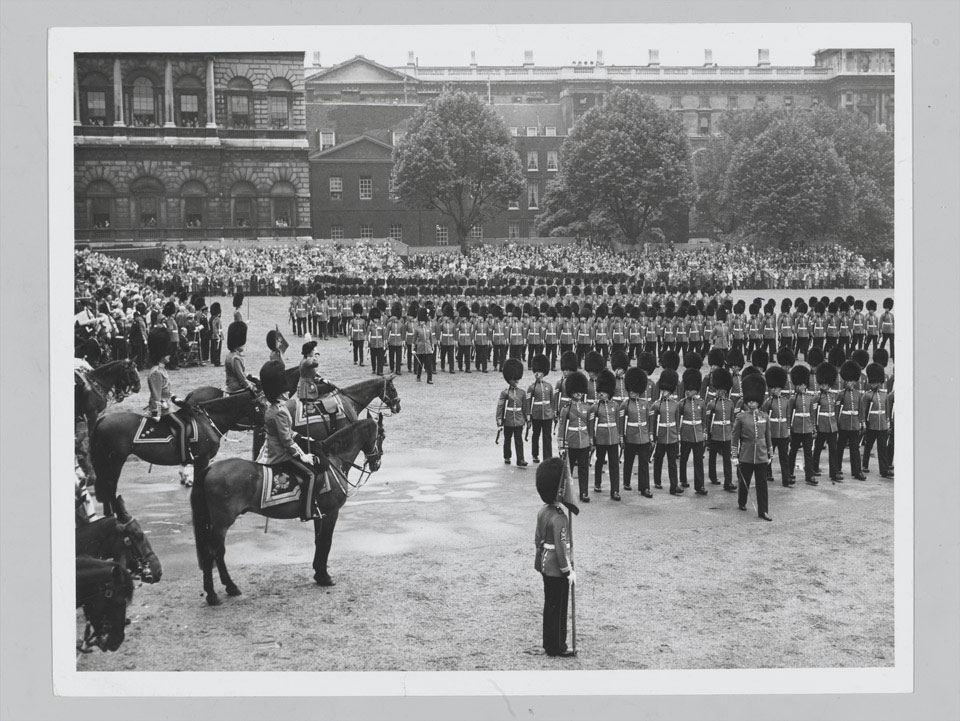 The Queen taking the Salute at Trooping the Colour, 11 June 1960

The Trooping of the Colour marks the Queen's official birthday. The ceremony is carried out by soldiers from the Household Division, consisting of Foot Guards, The King's Troop, Royal Horse Artillery and the Household Cavalry, on Horse Guards Parade in Whitehall.

The parade dates back to the 18th century, when the Colours of a unit were 'trooped', or carried, down the ranks so that they could be seen and recognised by the soldiers. The ceremony has marked the Sovereign's official birthday since 1748.