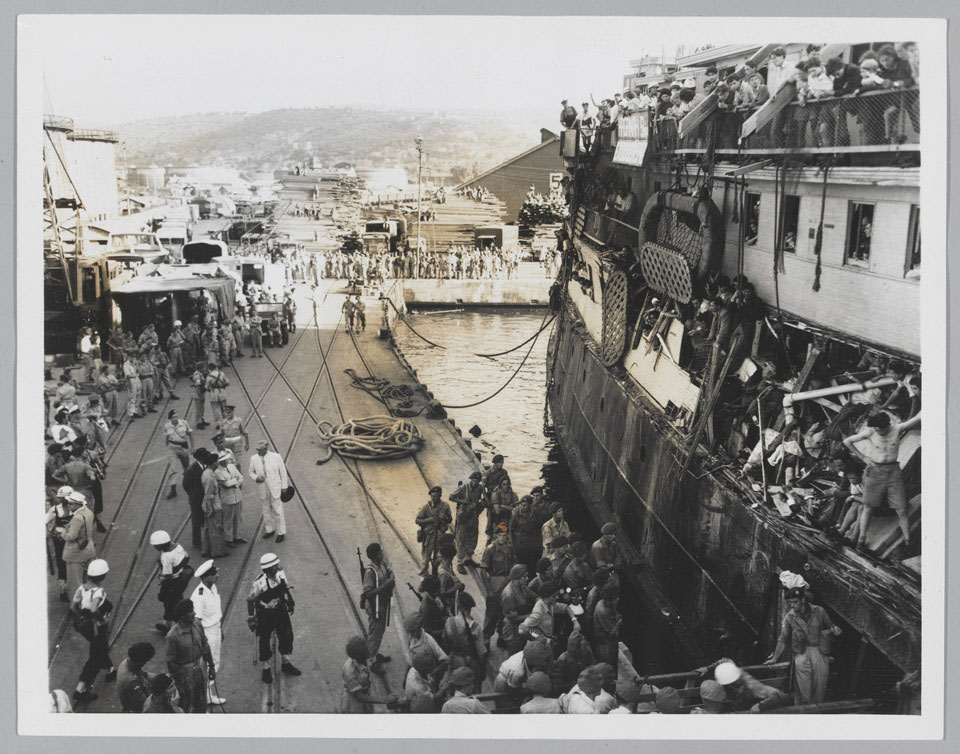 The SS 'Exodus' (1928) was a vessel carrying Jewish refugees from France who wanted to settle in Palestine. Many were Holocaust survivors. The British however forbade entry into Palestine of European Jews. Anxious to appease the Egyptians and oil-rich Saudis, they imposed a limit on Jewish immigration. This eventually provoked armed Jewish resistance. The 'Exodus' was seized by the Royal Navy and after docking at Haifa was then sent back to France with the majority of its passengers still on board.