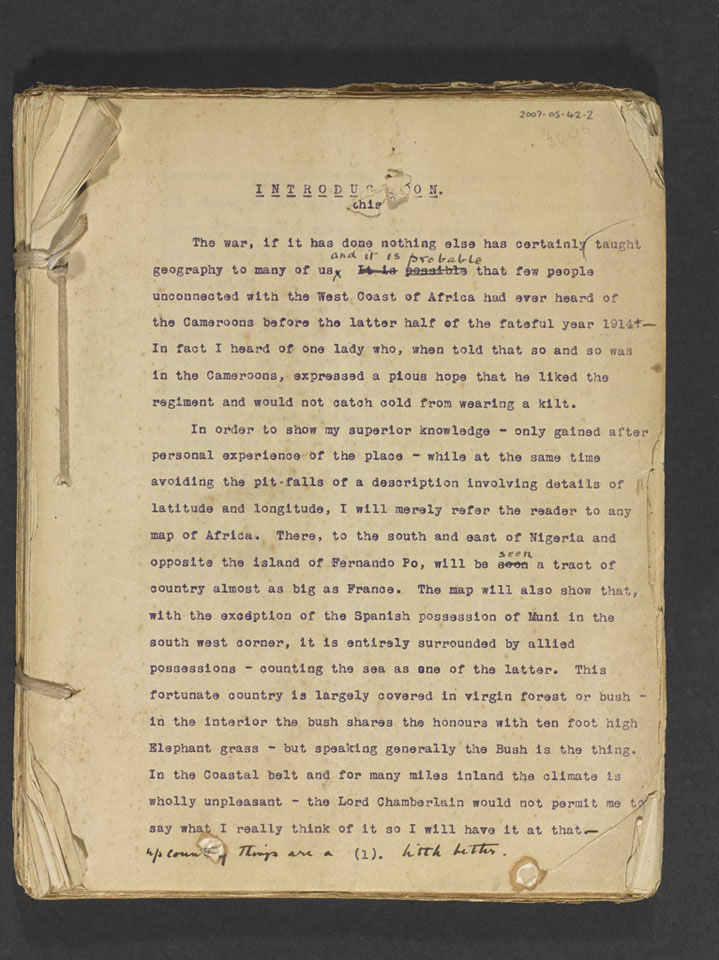 The diary describes the World War One (1914-1918) service of this Indian Army unit in the Bare Column in Cameroon between 15 September 1915 and 16 February 1916. During this period it was involved in tracking down the remaining Germans who had fled the coast and their colonial capital for the jungle interior where they held out in small posts until their final defeat in February 1916.