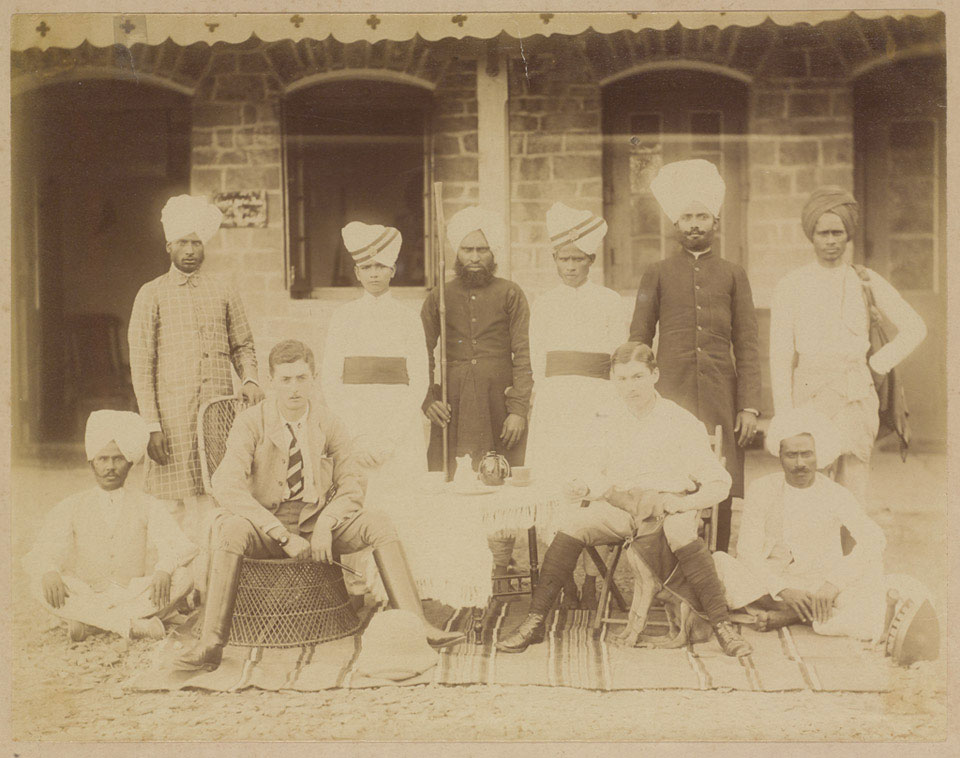 Second Lieutenant Charles Stooks and a colleague at Chakrata 1898

Charles Sumner Stooks (seated front left) was then serving with the South Wales Borderers. He is accompanied by an unidentified friend in civilian dress, with civilian Indian servants and followers outside their bungalow at Chakrata Cantonment. Stooks transferred to the Indian Army in 1899 joining the 20th Madras Light Infantry (re-named the 62nd Punjabis in 1902).