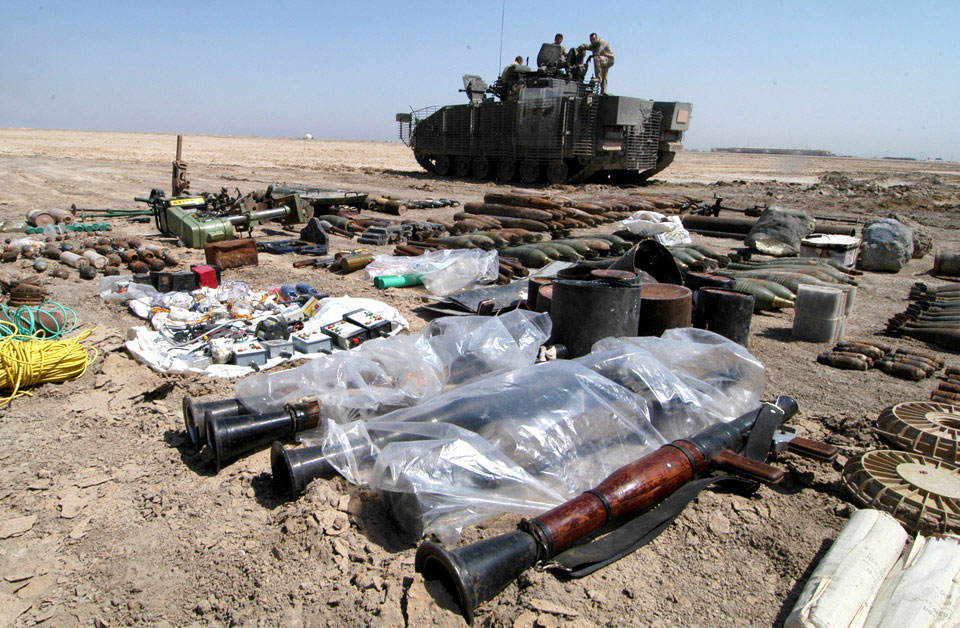 The find, believed to be the largest since British troops had been in Basra, included sophisticated bomb-making equipment, improvised explosive devices, rockets, mortars and hand grenades, and resulted in three people being detained.