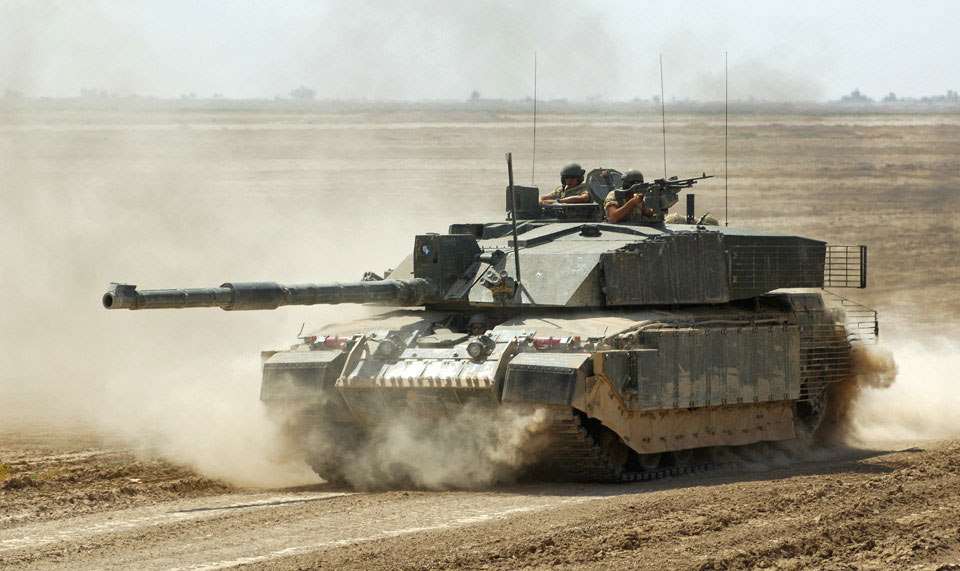 A Challenger 2 tank from The Queen's Royal Hussars secures a landing strip for the incoming C-130 Hercules flight from Maysan to Basra, 5 August 2006

Challenger 2 tanks and Saxon armoured personal carriers from Camp Abu Naji secured the air strip, about two kilometres from Camp Abu Naji, just outside Al Amarah, the provincial capital of Maysan. The immediate area had to be checked for explosive devices prior to each incoming C-130 Hercules flight from Basra.