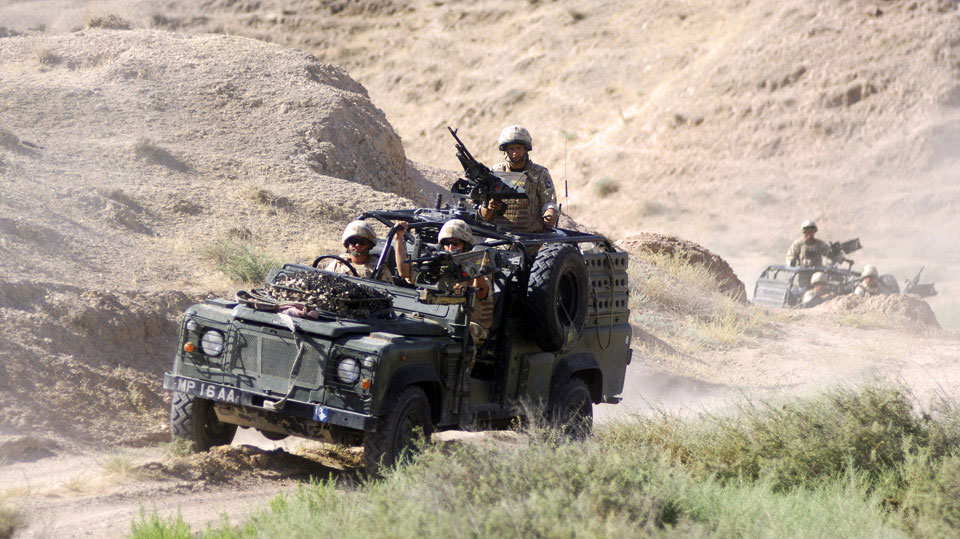 Troops from The Queen's Royal Hussars travel to a border fort as part of their counter-smuggling operations near the Iran-Iraq border in eastern Maysan Province, September 2006