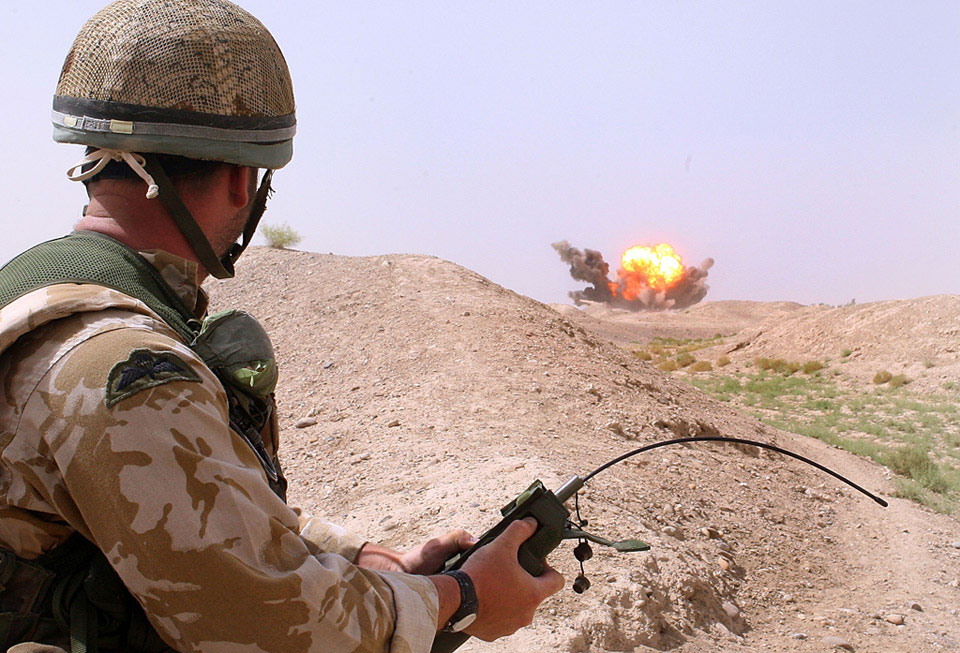 The Joint Force Explosive Ordnance Disposal (EOD) group carried out a controlled explosion of unexploded ordnance (UXO) to the north of Lashkar Gah. The EOD team, which is made up of Royal Engineers from 33 EOD Regiment in Cambridgeshire, disposed of a 270 kilos of UXO, most of which had been handed in by the local population of Lashkar Gah. Over 300 mortars, 1,000 rounds of ammunition, anti-tank mines and rocket-propelled grenades were destroyed in the explosion.