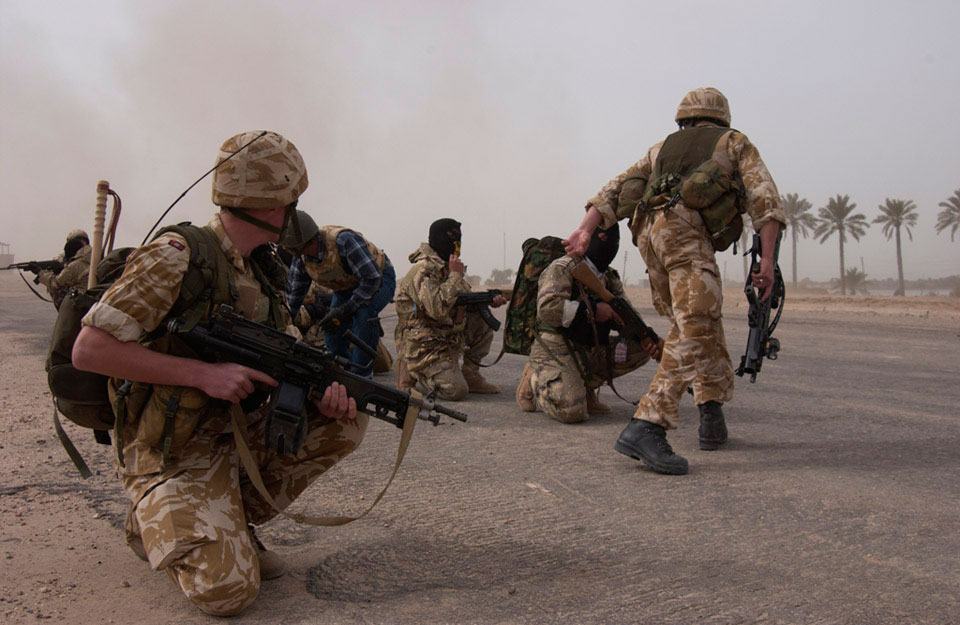 Elements of the Air Reaction force (ARF) deploy for a routine vehicle check point patrol using a Chinook helicopter as transport. In January 2005, British service personnel, working with the new Iraqi Army, helped provide security for Iraq's first elections, the first since the downfall of Saddam Hussein. The British forces helped reinforce an outer cordon of checkpoints manned by the Iraqi Police.

From a CD of digital photographs of the Air Reaction Force's operations on Iraq's election day, Basra, 30 January 2005.