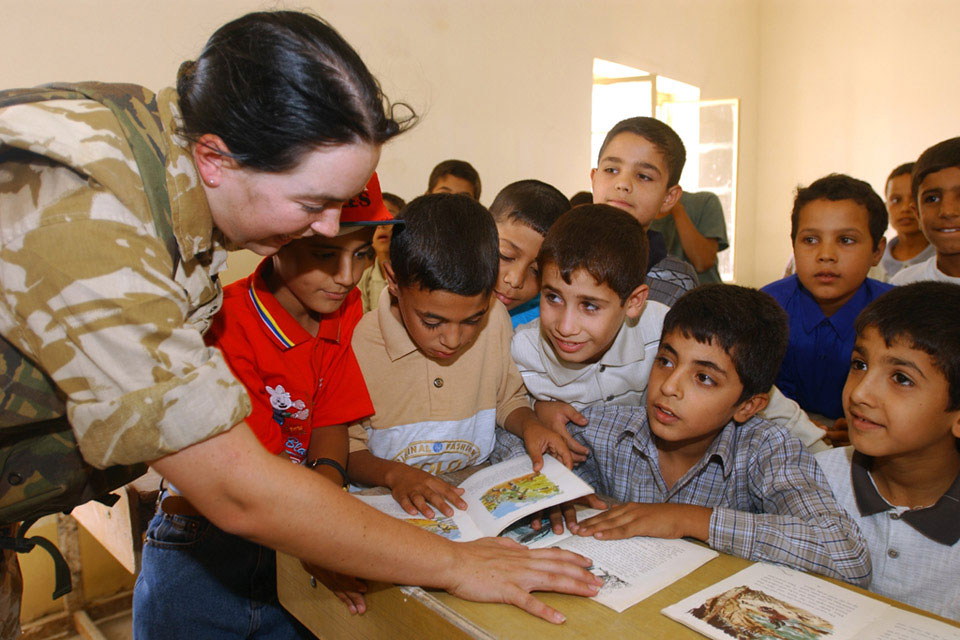 An British Army officer helps out in a Basra school, 2003

Following the invasion of Iraq, British troops occupied Basra in April 2003. They had to contend with widespread looting in the city, but order was gradually restored. Contacts were made with local leaders and attempts were made to improve power, food and water supplies. In the weeks that followed, soldiers also helped re-open schools and health centres and undertook reconstruction projects.