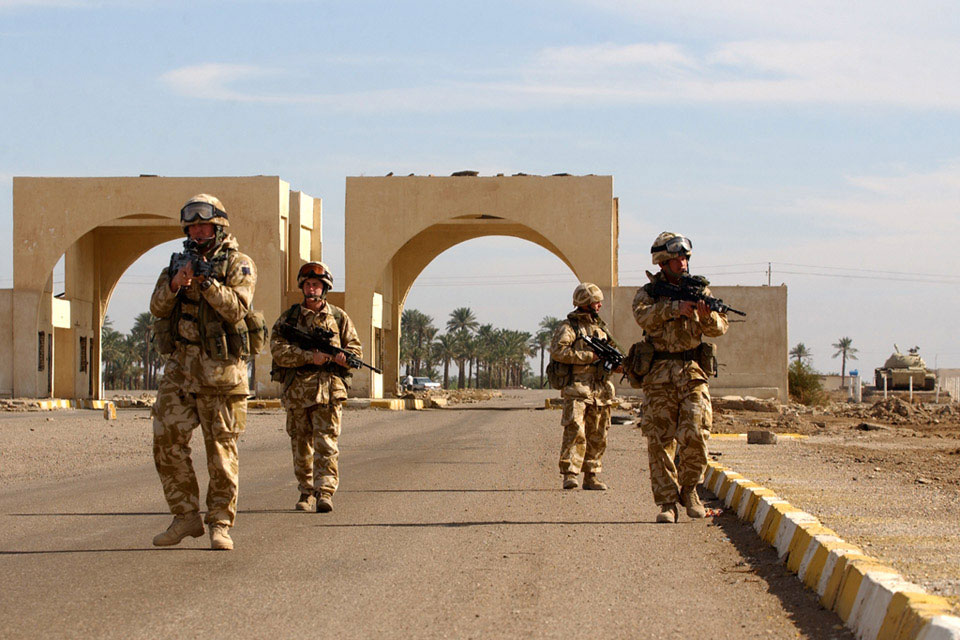 In March 2003, British troops took part in a coalition invasion of Iraq. After a month of combat operations, they overthrew Saddam Hussein's regime and occupied the nation. Despite this initial success, it would be a further six years before Britain's combat operations came to an end. Coalition attempts to establish stability failed and sectarian violence and an insurgency against the occupation ensued.

Al Amarah in Maysan Province came under British control after the invasion of Iraq in 2003. It became a centre of resistance to coalition occupation in the south of Iraq and British forces had to combat attacks from local militias and insurgents. Security and reconstruction and development operations were met with ambushes and the increasing use of improvised devices (IEDs).