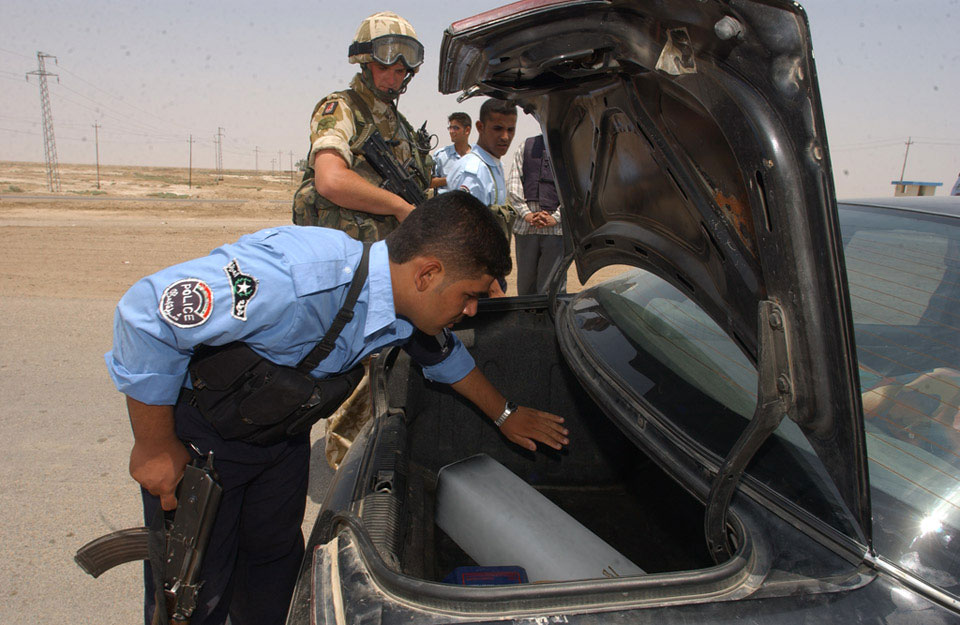 British soldiers and Iraqi police at a vehicle checkpoint on the Iraq-Iran border, 2005

Following the coalition invasion of Iraq in March 2003, British troops occupied Basra in the south of the country. As well as establishing bases, mounting patrols and checkpoints, they endeavoured to improve the situation for the local population, restoring power and water, reconstructing schools and re-establishing the local police.

The latter task was crucial as the police were needed to help counter the violent insurgency against the occupation that soon developed. 2005 saw uprisings in the south by Shia militias who were backed by Iran. Countering weapons smuggling from across the Iranian border was thus one of the key duties of British troops and the Iraqi police serving in Maysan Province.