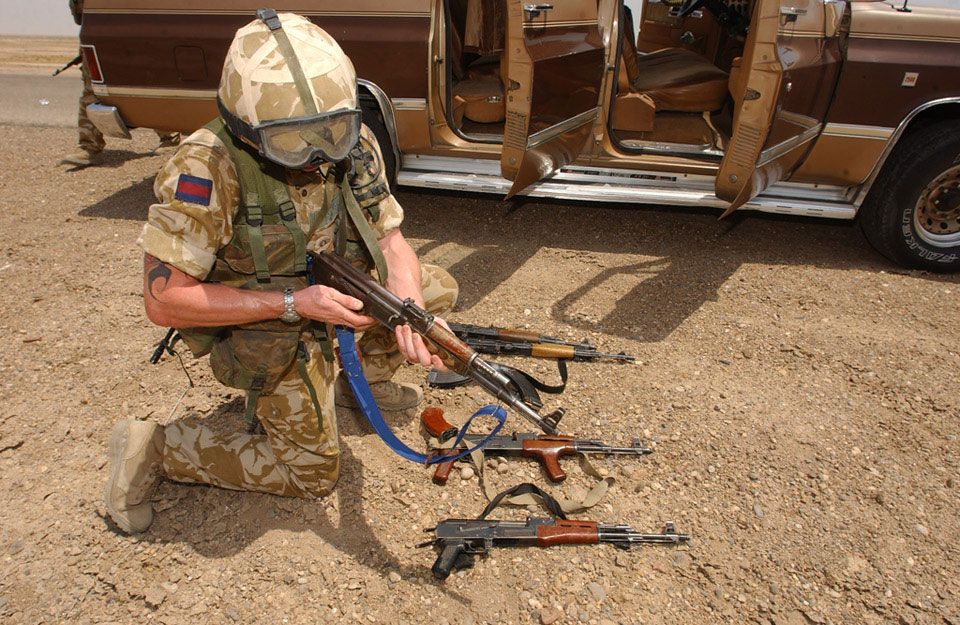 Following the coalition invasion of Iraq in March 2003, British troops occupied the south of the country. Their tasks included establishing bases, mounting patrols and setting up checkpoints to counter looting and weapons smuggling. The latter role was crucial as a violent insurgency against the occupation had soon developed.

From a CD of photographs of the visit of the Directorate of Border Enforcement, Psychological Operations Team at Camp Abu Naji, Al-Amarah to Tibe Fort, on the Iraq-Iran Border, Maysan Province.