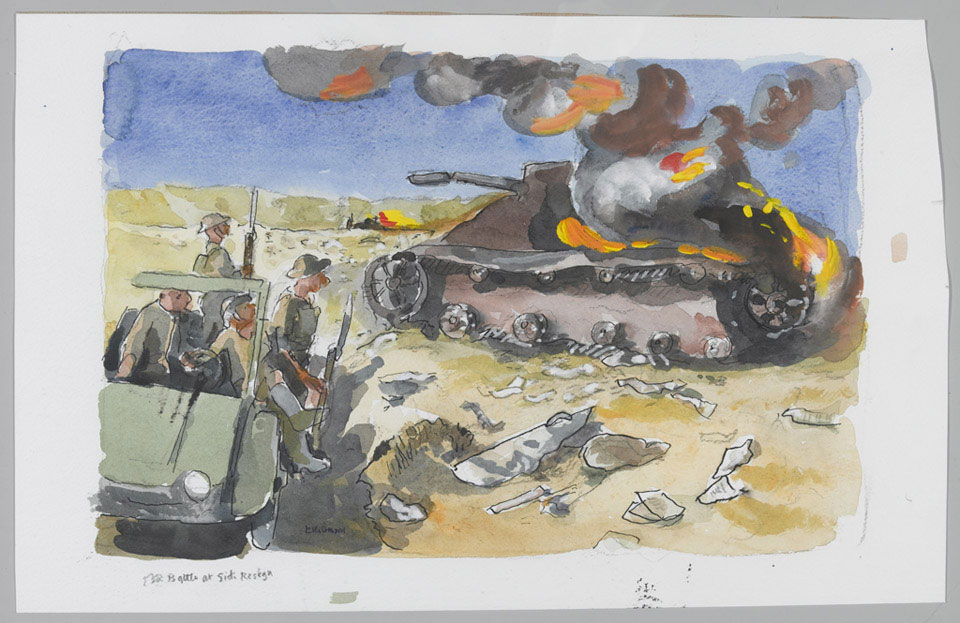 On 18 November 1941 General Sir Claude Auchinleck launched Operation CRUSADER, surprising Rommel as he was launching an offensive of his own against Tobruk. After several days of confused tank battles around Sidi Rezegh, Rommel advanced towards the Egyptian frontier, hoping to cut off the British. The Germans had outrun their fuel supplies and their attack ground to a halt, enabling the British to drive them back. Tobruk was eventually relieved on 7 December.