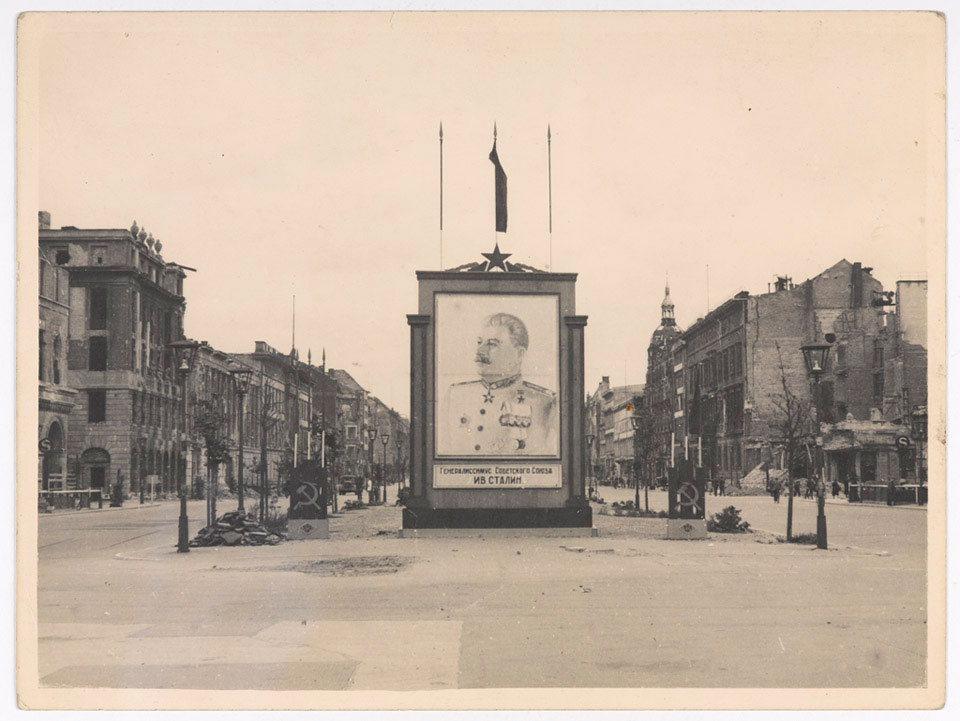 Although the Red Army had captured Berlin in April-May 1945, they allowed the Western Allies of Britain, France and the United States to jointly occupy the German capital. As relations between the West and the Soviet Union declined, the three Allied occupation zones eventually became West Berlin. The Soviet zone of East Berlin, along with he rest of eastern Germany, was meanwhile transformed into a Communist state.

One of 23 photographs of ruined buildings in Berlin after the Allied Occupation, 1945.

Copyright: The Estate of Martin Badekow