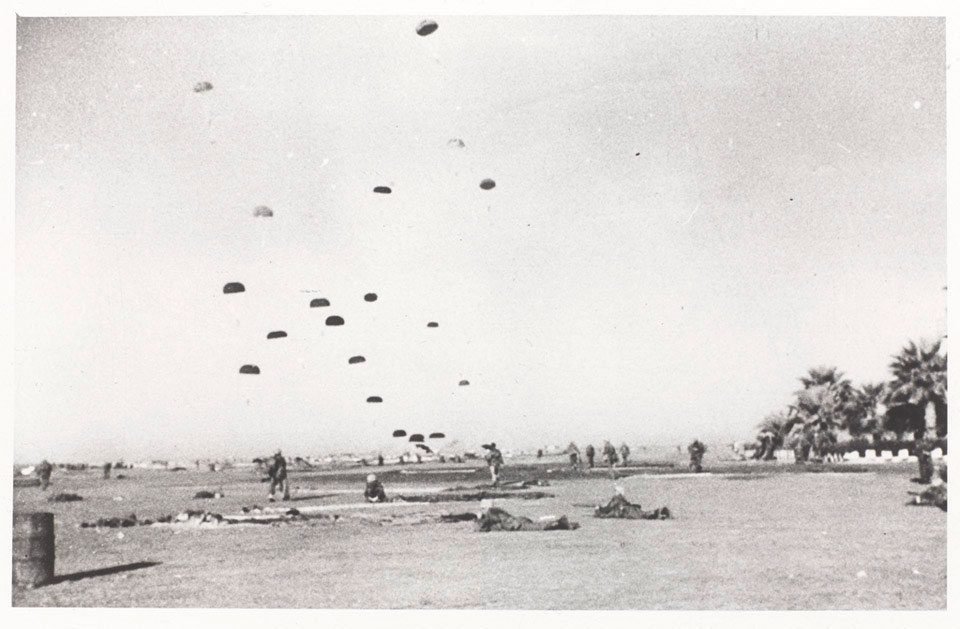 In November 1956, British and French forces invaded Egypt in collusion with Israel. As part of the operation 3rd Battalion The Parachute Regiment seized the airfield at El Gamil. This was the last large-scale British operational parachute drop. After securing the airfield the paratroopers attacked Egyptian coastal defences in preparation for the Allied amphibious assault on nearby Port Said.