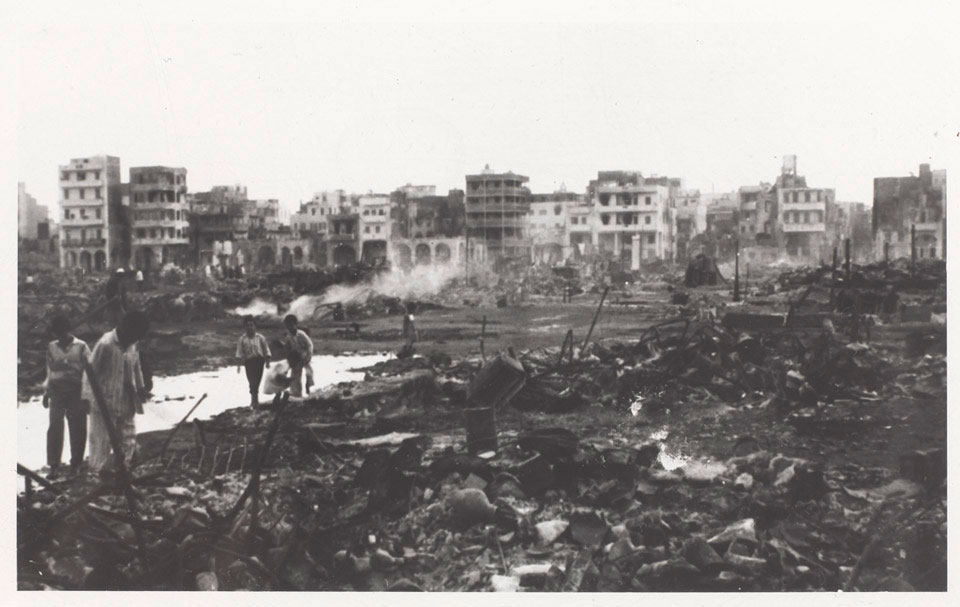 Egyptian civilians survey the burnt out ruins in Port Said, 1956