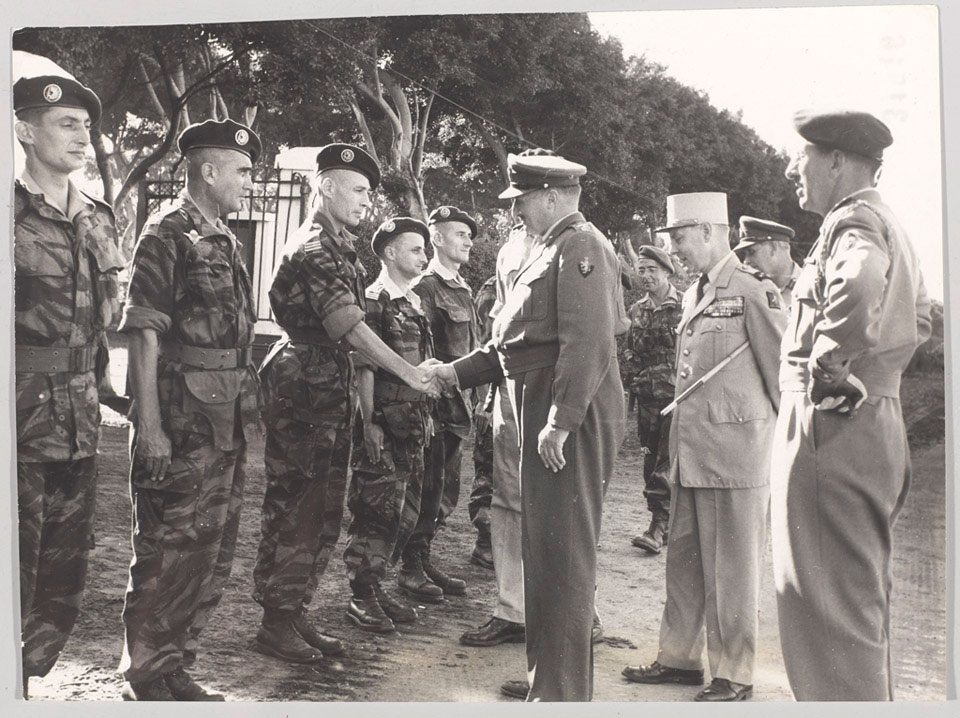 Keightley was then serving as Commander of Middle East Land Forces. General Jacques Massu (right) commander of the French airborne forces, stands to his right. Most of the French paratroopers who served at Suez came from Massu's recently formed 10th Parachute Division.