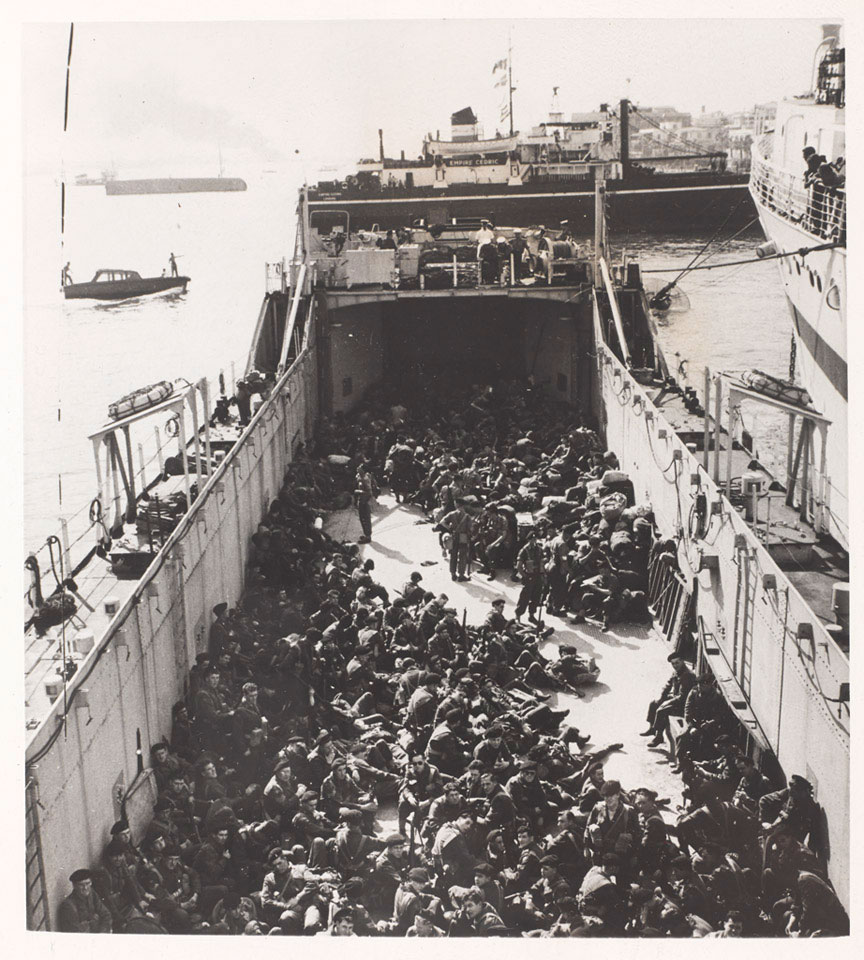 Troops aboard a landing craft bound for Port Said, 1956