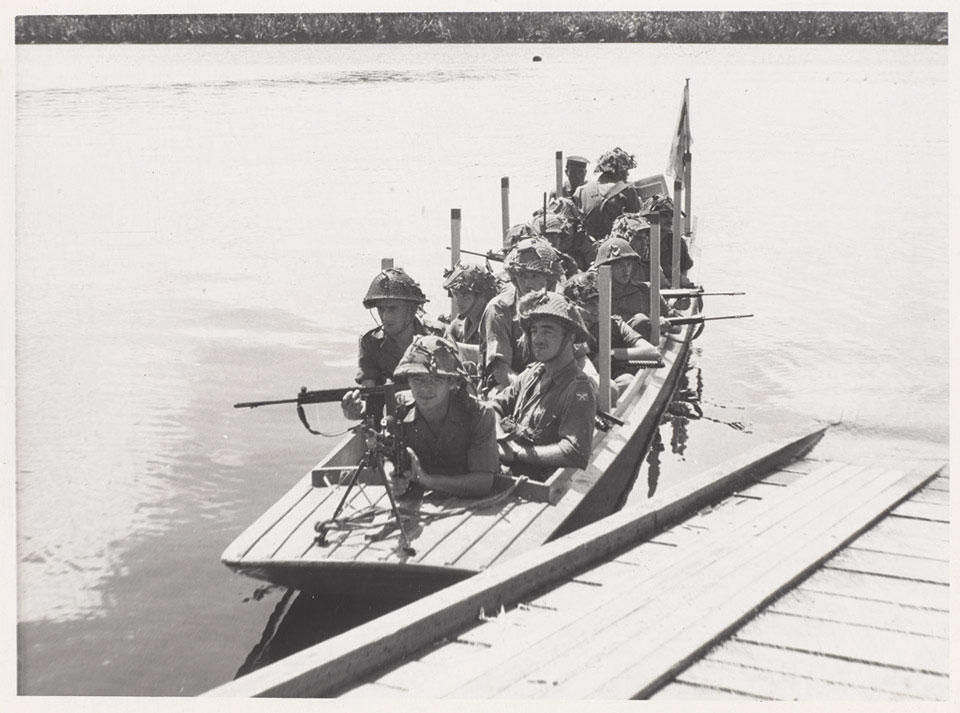 Members of 1st Battalion The Queen's Own Highlanders on a river patrol in Brunei, 1962

On 8 December 1962, pro-Indonesian rebels, known as the North Kalimantan National Army, tried to capture the Sultan of Brunei who called on the British for help. Within hours, two companies of Gurkhas had been airlifted in from Singapore. Over the next few days, other units joined them, including the Queen's Own Highlanders and 42 Royal Marine Commando.

After rescuing a number of hostages and securing Brunei's key strategic points - such as its radio stations, government buildings and oil refineries - the rebellion was easily suppressed.

During this period the Queen's Own Highlanders were the British battalion with 99 Gurkha Brigade.

From a collection of photographs assembled for use in Col Robin McNish's 'Iron Division - The History of the 3rd Division', 1918-1977.