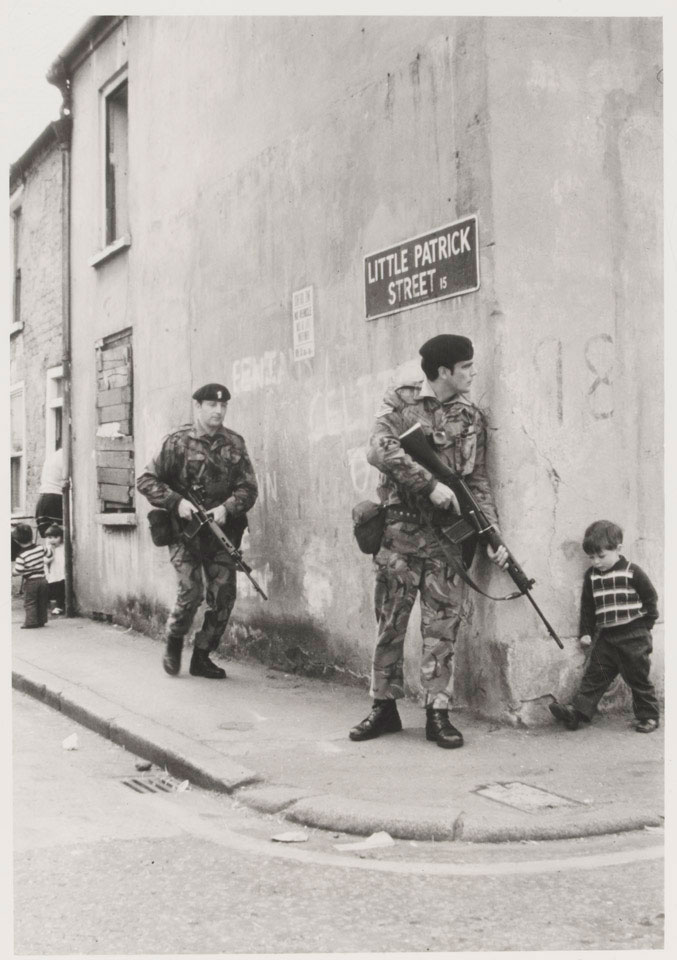 On patrol in Little Patrick Street in Belfast, 1973 (c)

Soldiers and vehicles on patrol in Northern Ireland faced the the threat of snipers, booby traps, mortars and bombs. They also came under attack from rioters using petrol and nail bombs.