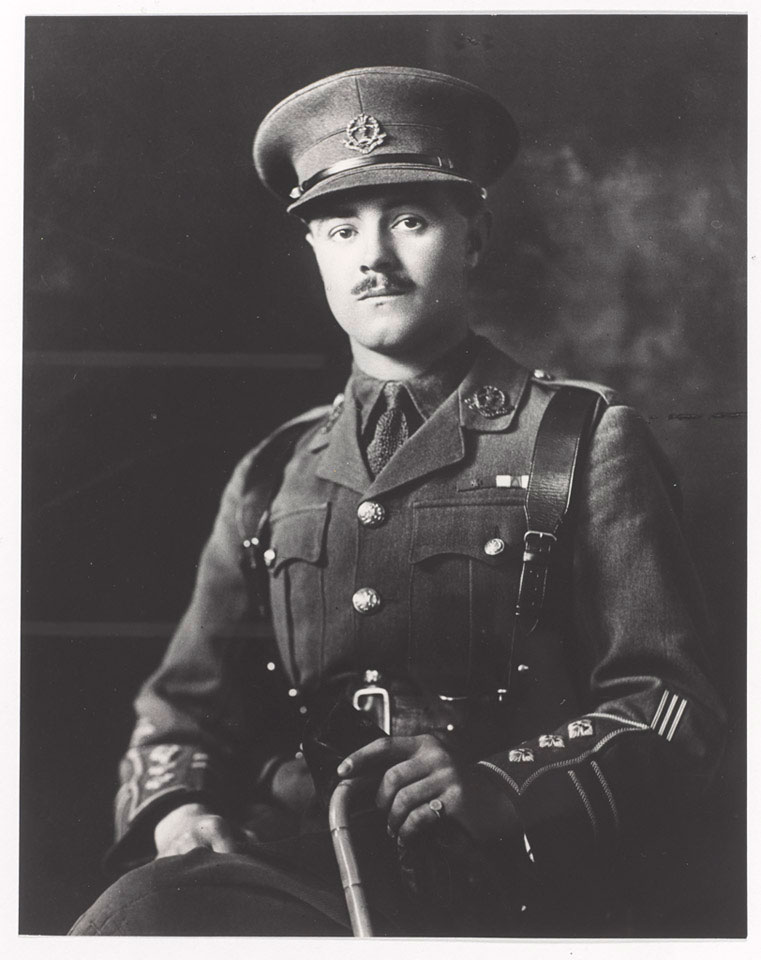 Captain Toye won the Victoria Cross (VC) on 25 March 1918 during the German Spring Offensive when his unit was defending the Somme crossings. His inspired leadership at Eterpigny Bridge and his sustained gallantry in the fighting retreat that followed over the next few days allowed several other units to withdraw and helped hold up the enemy advance. Toye had earlier won the Military Cross (MC) for his gallantry on 31 July 1917 at the Third Battle of Ypres (1917).

From a collection of group and portrait photographs relating to Duke of Cambridge's Own (Middlesex Regiment), compiled by the Enfield Branch of the Regimental Association, 1909 (c)-1954 (c).