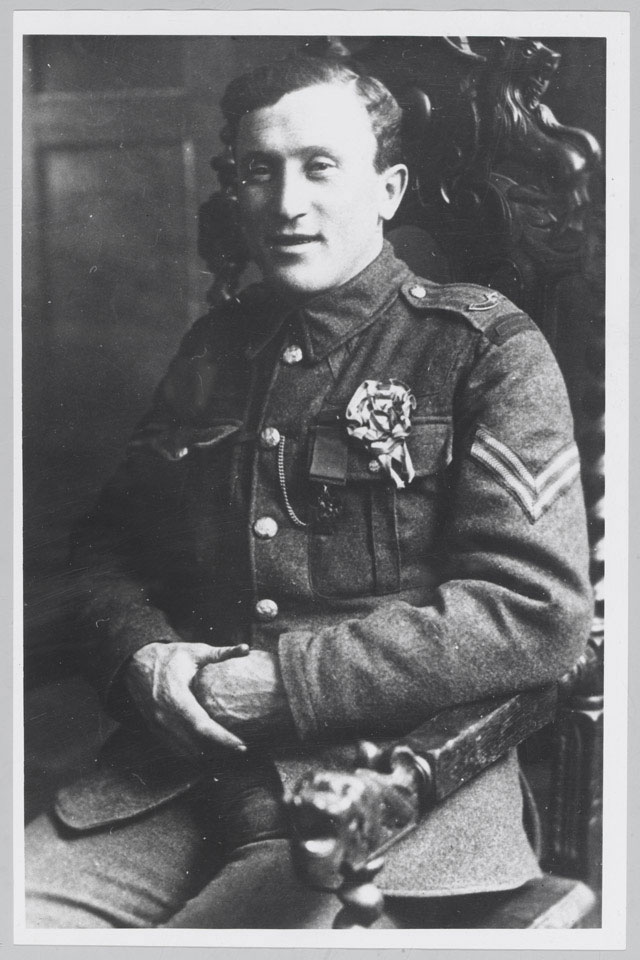 Jeremiah Edwards (1894-1964) from Queenstown (now Cobh) in County Cork, was serving as a private with 12th Battalion, The Middlesex Regiment (Duke of Cambridge's Own) when he gained his Victoria Cross (VC) on 26 September 1916 for knocking out a German machine gun at Thiepval Ridge on the Somme with grenades.

He was awarded his VC by King George V at Buckingham Palace on 5 February 1917. Edwards was later promoted to corporal and after leaving the Army he was forced to sell his VC to make ends meet. He died in 1964 at the Royal Star and Garter Home at Richmond.

From a collection of group and portrait photographs relating to the Duke of Cambridge's Own (Middlesex Regiment), compiled by the Enfield Branch of the Regimental Association, 1909-1954.