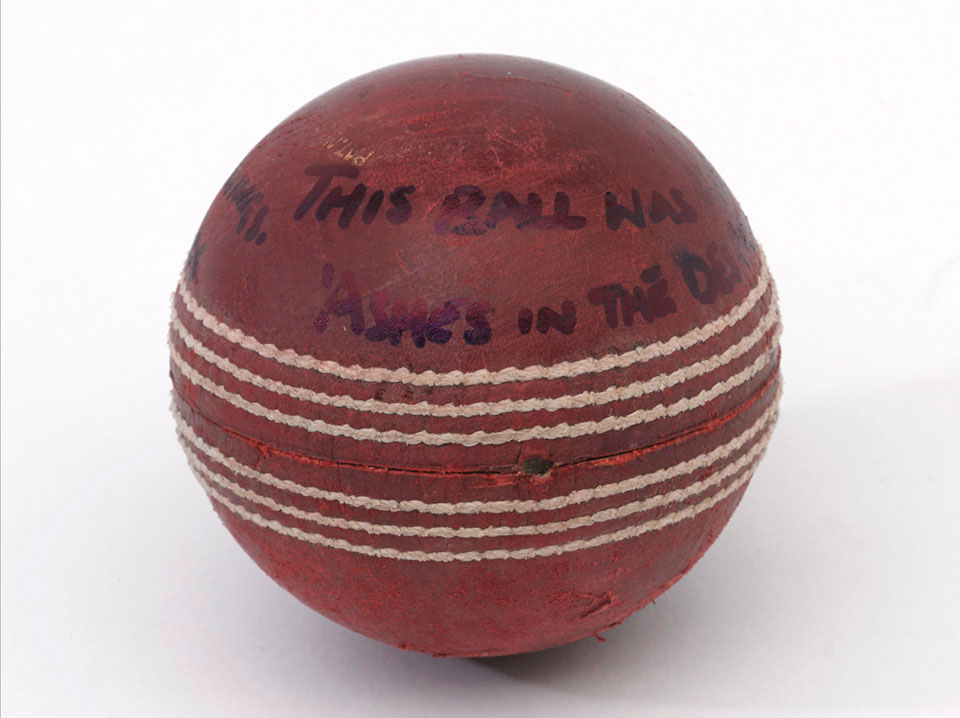 Red leather cricket ball with inscription, 'This Ball was used in the Australian Innings, 'Ashes in the Desert' Basra Iraq 25th October 2006'.

To mark the Ashes Test Series a cricket match between English and Australian soldiers was played on 25 October 2006 in Basra, Iraq. Played on coconut matting surrounded by desert, at one stage play was suspended while a Chinese 107 mm rocket was removed from the outfield. The match ended with a victory for the Australians. England made 109 for 9 off their 30 overs, but the Australians responded with 113 runs off 27.5 overs. The soldiers involved came from a variety of units. Trooper Baker of the Australian Light Horse was named man of the match.