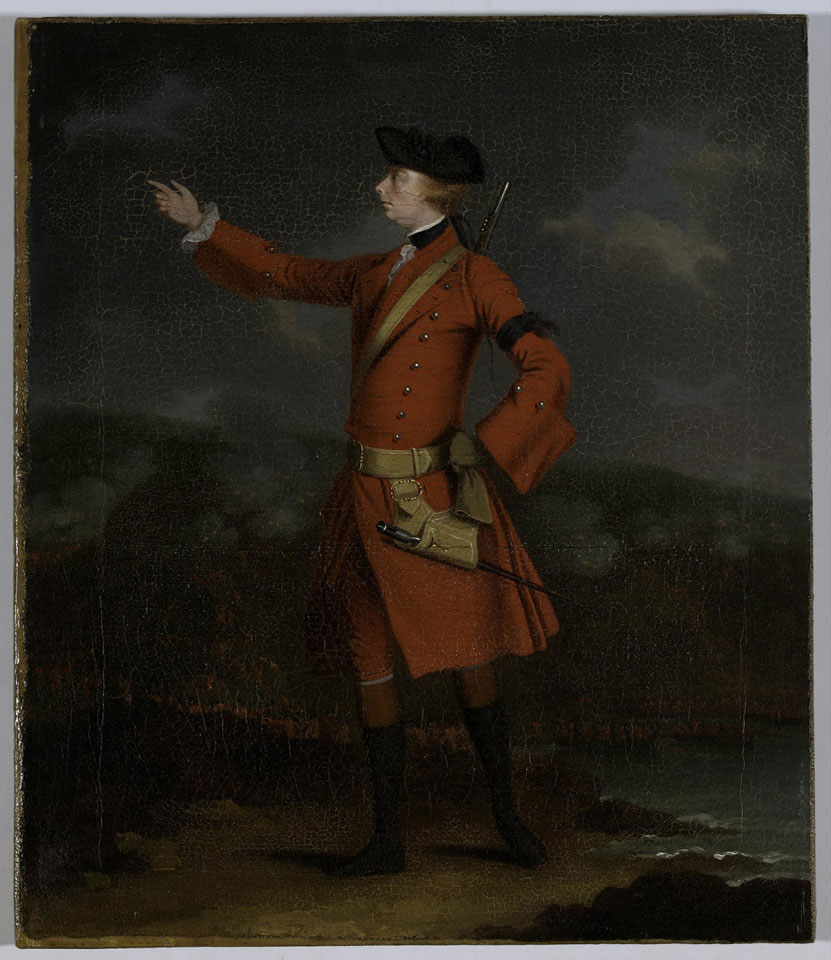 Oil on canvas by J S C Schaak after a drawing by Captain Hervey Smyth, 1760.

In the decade following General Wolfe's death in 1759, this was the most famous image of this remarkable young man. It is the earliest accurate portrait of him at the moment of his greatest victory. Displayed at Wolfe's childhood home until 2007, this painting was at risk of entering a private collection overseas, but it was saved for the nation by the National Army Museum through a public appeal.

When news of Wolfe's heroic death in the service of his country reached Britain on 16 October 1759, he became a celebrity overnight. The public wanted to know what he looked like, but because he died in action there were no existing portraits showing him at the time of his triumph. This painting is the closest there is: although painted shortly after his death, it is based on an eyewitness sketch by Wolfe's aide-de-camp, Captain Hervey Smyth.

In the eighteenth century, much as today, popular images helped to form the public view of a celebrity or hero. This painting is probably so small because it was created specifically as a model for popular prints, to satisfy the demand for images of Wolfe. Not only prints, but statues and even pub signs were based on this painting, which meant that this view of Wolfe was seen by large numbers of people, both in Britain and North America.

Purchased with the assistance of the National Heritage Memorial Fund, the Garfield Weston Foundation, the Society of Friends of the National Army Museum and The Art Fund.