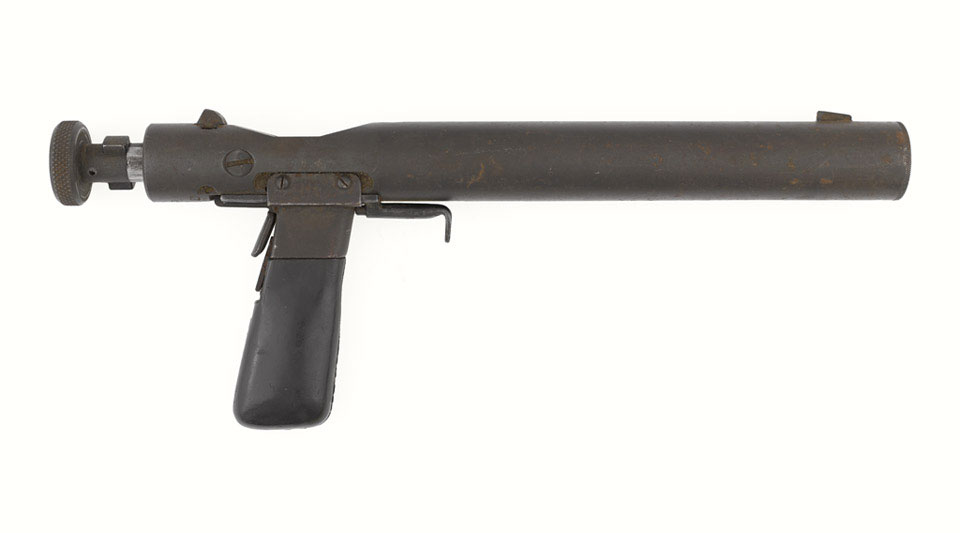 This pistol has a five round magazine and was probably used by the Special Operations Executive (SOE) during World War Two (1939-1945). The receiver markings of a square and a star indicate that it was made by the Birmingham Small Arms Company. This example was probably used for training as those used on special operations had no markings to indicate the manufacturer or country of origin.

The Welrod pistol derives its name from where it was invented - the Special Operations Executive Research Centre in Welwyn, Hertfordshire. All clandestine equipment devised there had names starting with 'Wel'.