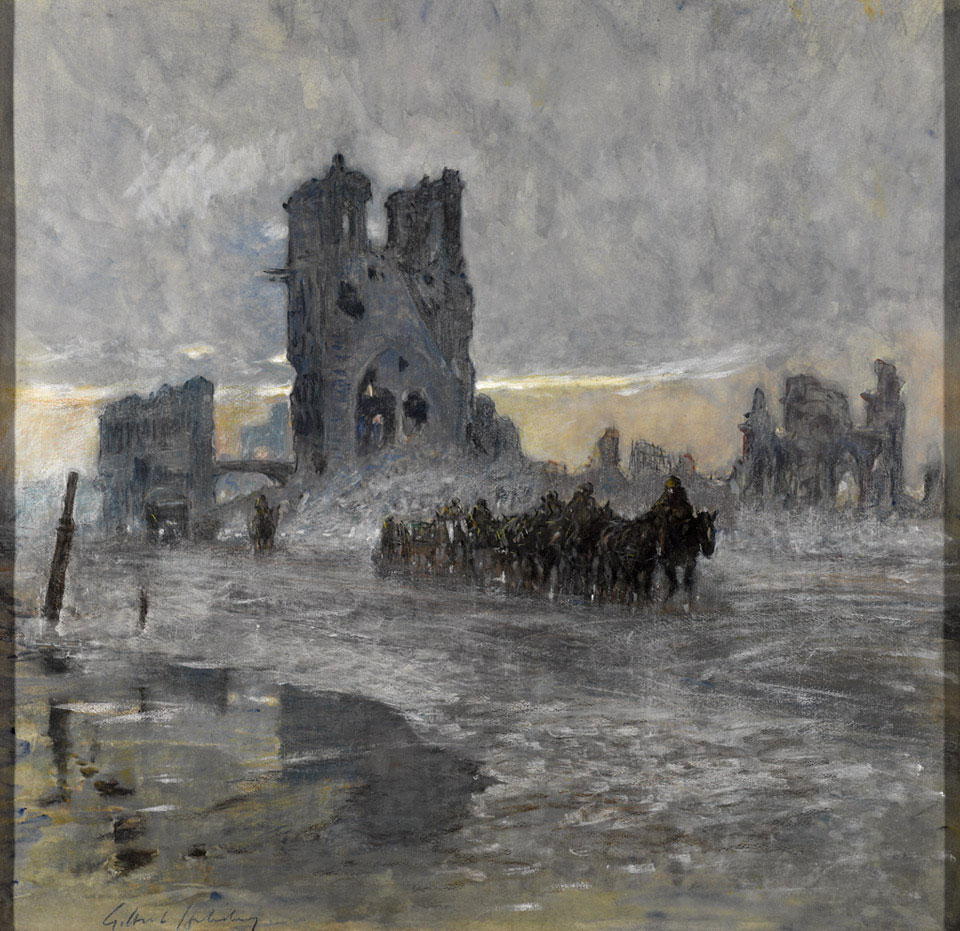 At the centre of Ypres stood the huge, 13th Century Cloth Hall, one of the finest examples of Flemish medieval civic architecture and the economic heart of the town. The gradual destruction of Ypres during the First World War (1914-1918) was epitomised by that of the Cloth Hall, which also came to symbolise the effect of war upon western civilisation. Since the war, the Cloth Hall has been meticulously rebuilt to its original form and it now houses the Flanders Fields Museum.