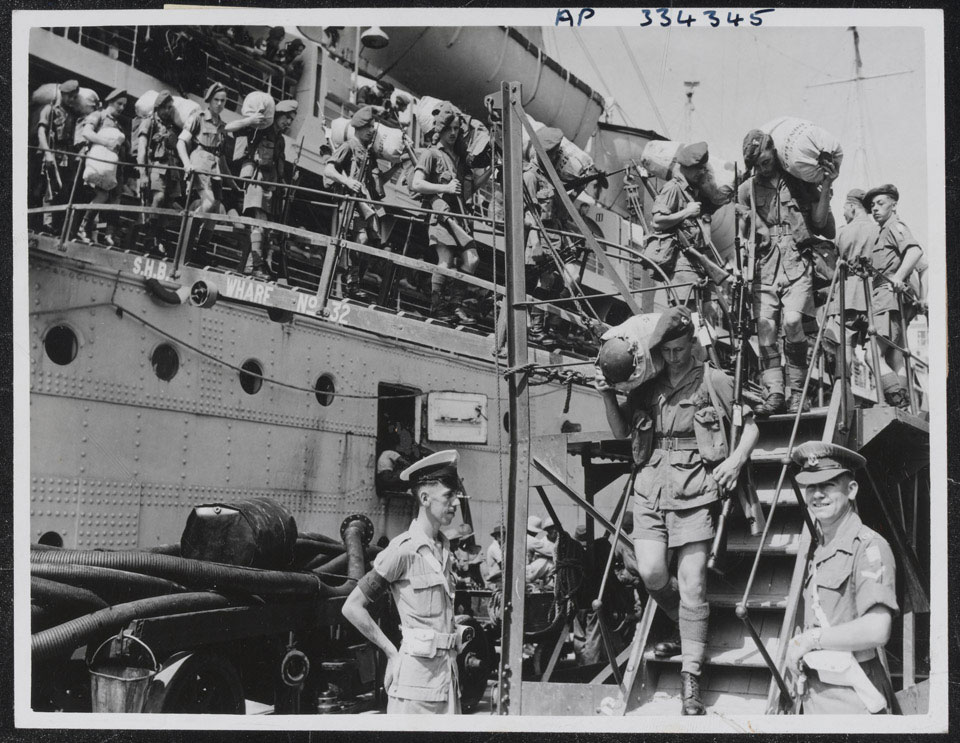 1st Battalion, The Royal Inniskilling Fusiliers, arriving at Singapore at the start of the Malayan insurgency, 5 August 1948

In June 1948 a state of emergency was declared in the British colony of Malaya. The Malayan National Liberation Army (MNLA), the armed wing of the Malayan Communist Party (MCP), began attacking rubber plantations, mines and police stations, derailing trains and burning workers' houses.

The initial British reaction to the crisis was to introduce emergency legislation, allowing suspects to be detained without trial. Curfews and movement restrictions were also imposed. Malaya's original military garrison consisted of six Gurkha, three British and two Malay battalions. Reinforcements, including the Royal Inniskilling Fusiliers, were sent from August 1948 onwards.

From a collection of 342 photographs of the post war British Army 1943-1983, showing active service in Malaya, Cyprus and Borneo.