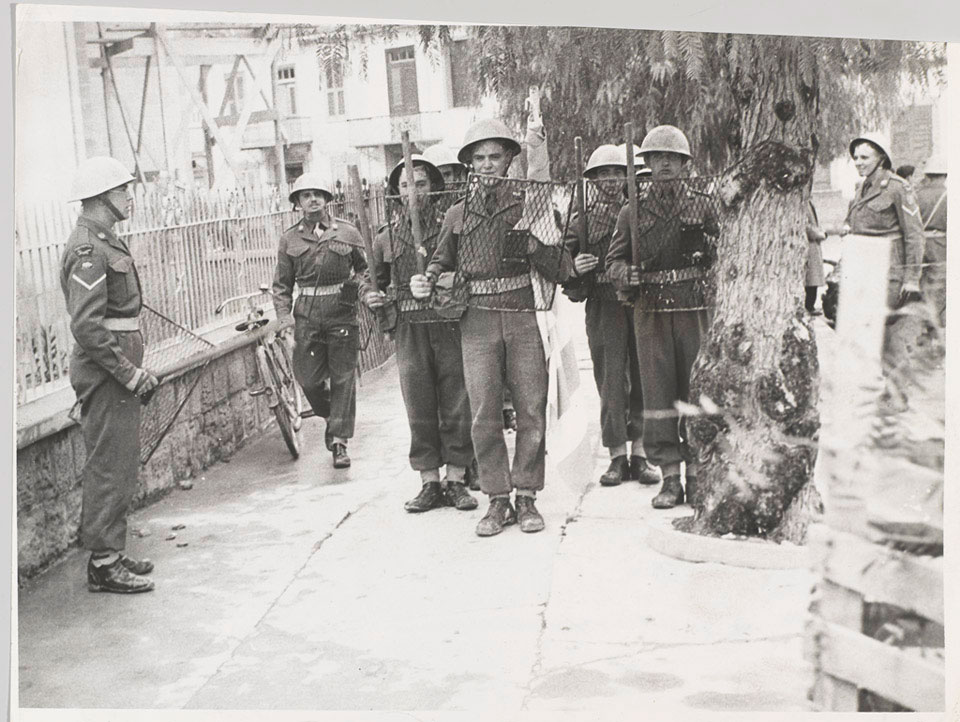 Troops of the South Staffordshire Regiment with batons and riot shields at the time of student rioting in Nicosia, 29 January 1956

The South Staffordshire deployed to Cyprus between 1955 and 1957 to assist British attempts to defeat a Greek-Cypriot revolt in favour of union with mainland Greece.