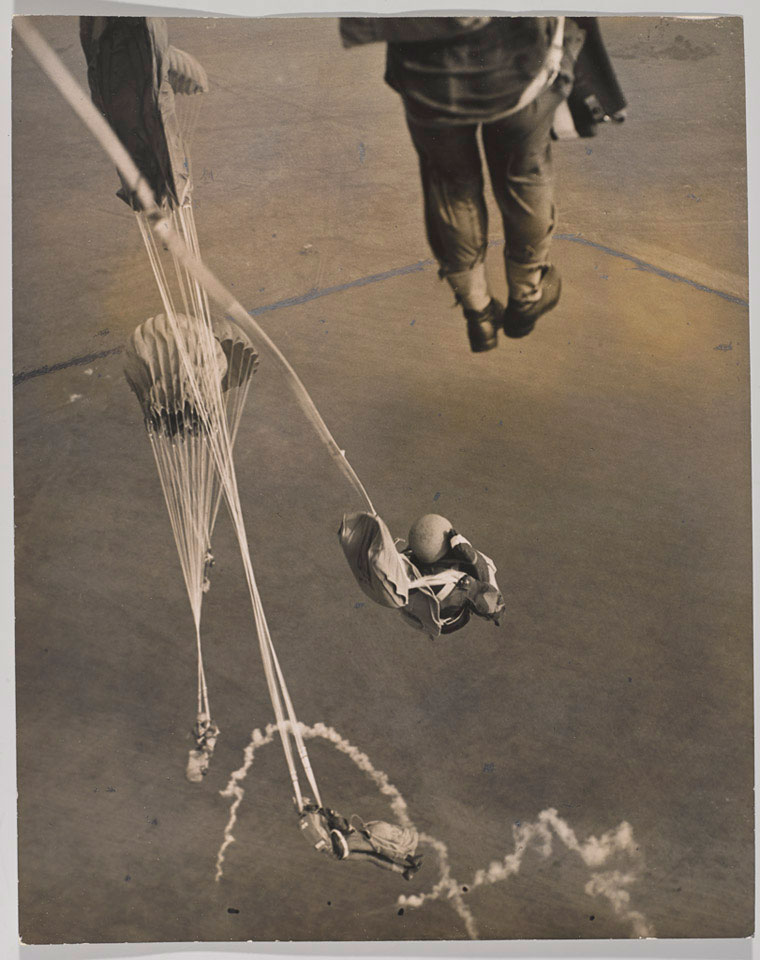 A parachute jumps during Exercise Longstop, 1947

Longstop was the Army's first major post-war airborne exercise and involved 2nd Parachute Brigade Group, which had just returned from Palestine. The goal of the exercise was the capture of Netheravon airfield.

From a collection of 342 photographs of the post war British Army 1943-1983, showing active service in Malaya, Cyprus and Borneo; various exercises intended to test airborne and amphibious capabilities respectively.