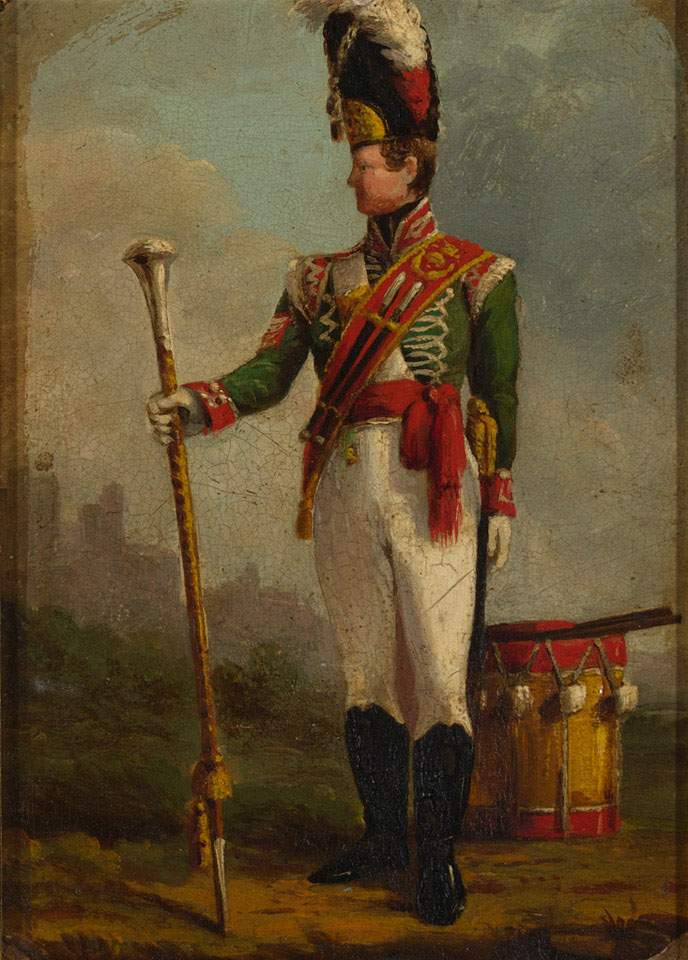 This is said to be a self portrait by Drum Major John Goodger, 94th Regiment of Foot. Drum majors commanded drummers, buglers and bandsmen. These soldiers sounded calls, orders and signals that were followed by the rest of a battalion or regiment so they had to be controlled by an officer who was also responsible for their defence in battle. Drum majors also played an important ceremonial role, leading marching bands and concerts. Sometimes they would also administer field punishments such as flogging.