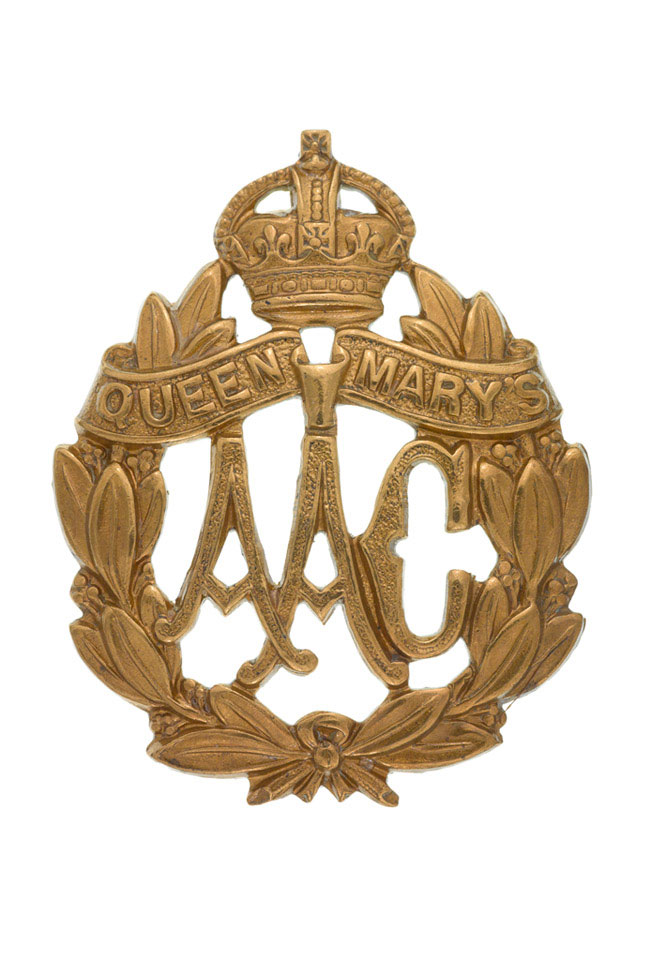 Badge in the form of the monogram, 'AAC', within a wreath with an intertwined scroll bearing the title, 'Queen Mary's', surmounted by a crown.