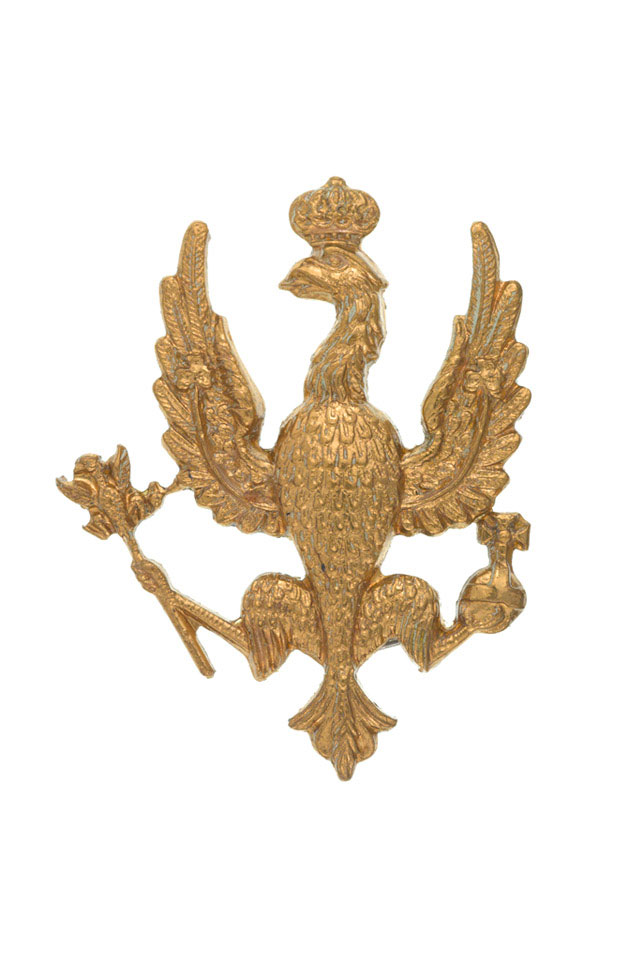 This regiment was formed in 1922 by merging the 14th King's Hussars with the 20th Hussars.

The badge depicts the Prussian eagle, granted to the 14th Hussars in 1798 after it escorted Crown Princess Frederica of Prussia to her wedding with Frederick, Duke of York, the second son of King George III.