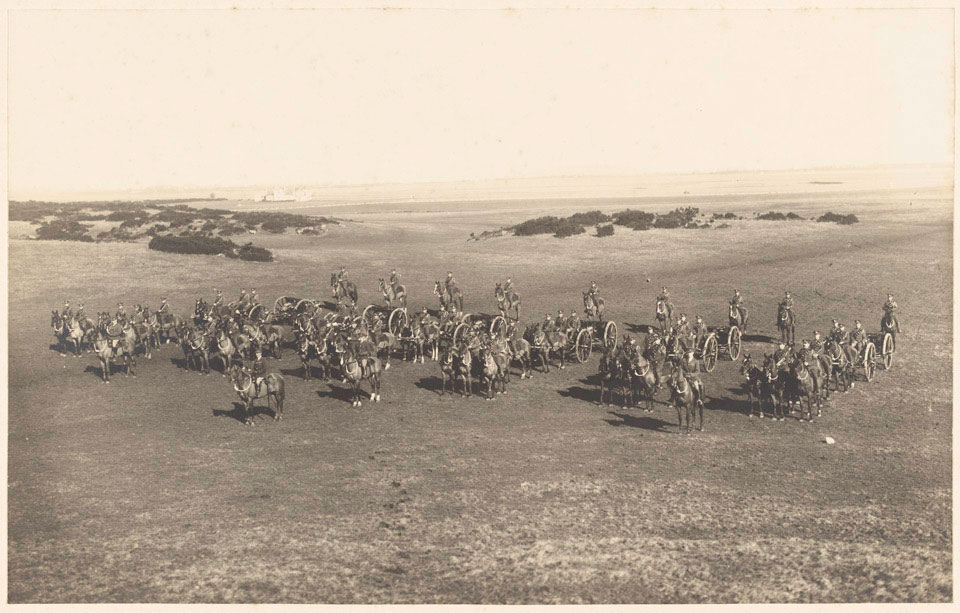 Taken sometime between February and April 1922, towards the end of the British Army's time in southern Ireland, this photograph shows one of the last parades to be held at the Army's camp at Curragh in Kildare. Subjects include Sergeant Harold William O'Riley, who can be seen with the gun team on the right, mounted beside the lead horse of the team.

In April the 17th Field Battery left Newbridge on the Curragh for Phoenix Park, Dublin. Here they witnessed the civil war between the Irish Free State and the anti-treaty faction of the Irish Republican Army and were called upon by the Free State to hand over two of their 18 pounder guns for use against an IRA unit which had taken over the Four Courts building. Following the assassination of prominent Free State leader, Michael Collins, O'Riley's waggon team supplied a coffin board and their six horses to draw the gun carriage at Collin's funeral held on 28 August.