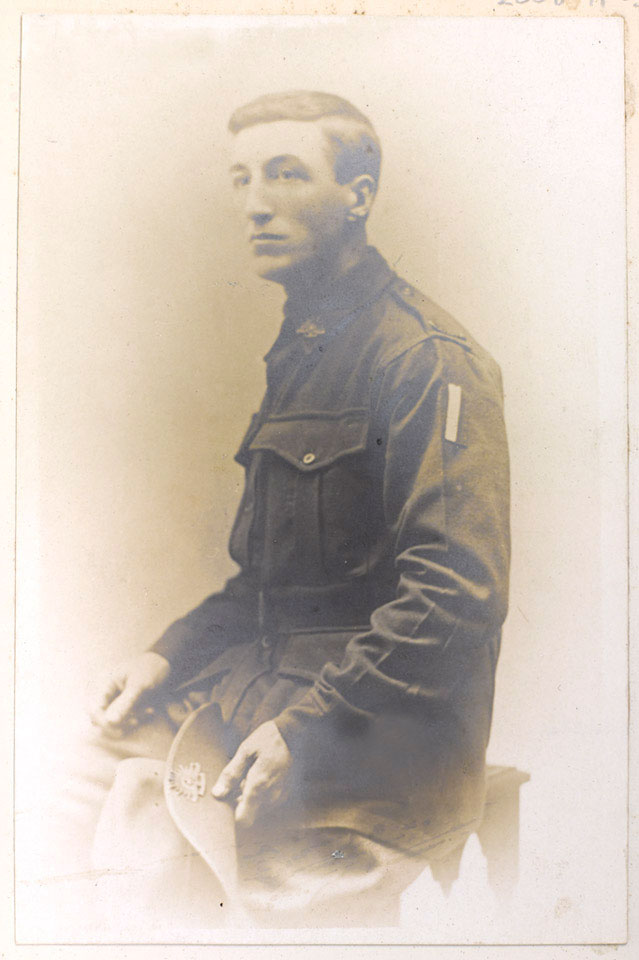 Leslie 'Jack' Bassett was born in London and emigrated to Australia. When war broke out Bassett was very determined to join up, however, because he was physically frail, he was successful only on his fifth attempt at enlistment. He served with the 32nd Battalion of the Australian Imperial Force on the Western Front between 1916 and 1918.

Bassett served as batman to Brigadier General C S Davies and saw action in many battles, including Polygon Wood, during the Passchendaele campaign of 1917, and the Allied advance to victory in 1918. He endured many terrible experiences including being caught in the explosion of a gas shell and being stuck up to his armpits for six hours in mud.

While Bassett showed great resilience in the face of hardship and horror, the war took a heavy toll on his mental and physical health. He was invalided out of the service in October 1918 and he died in hospital of heart failure the following year.

From a collection of 82 letters, cuttings and maps related to the service and death of Pte Leslie 'Jack' Bassett, serving with the 32nd Battalion Australian Infantry Force.