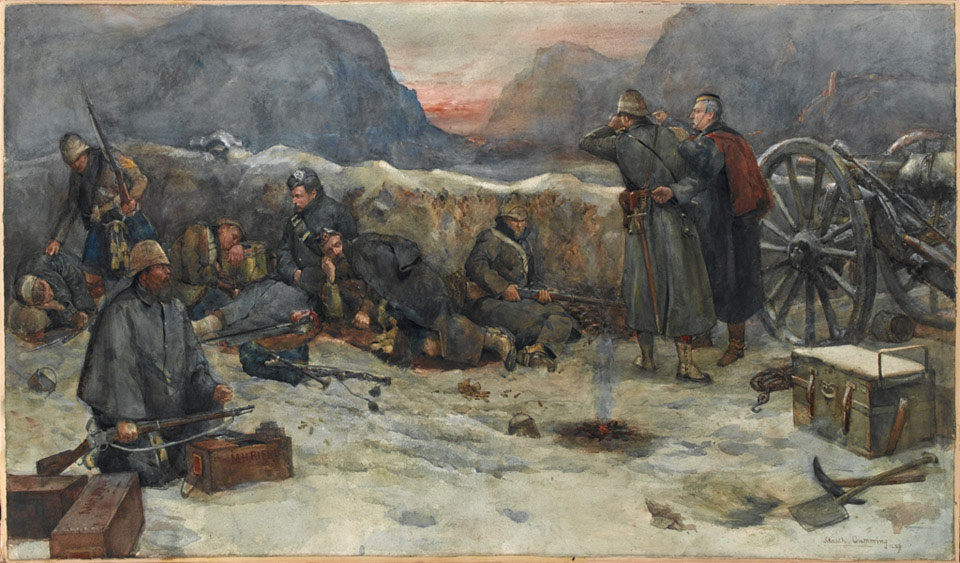 'The Gordon Highlanders: Daybreak in the trenches', 1879

In December 1879 temperatures plummeted and there were heavy snowfalls. The 92nd (Gordon Highlanders) Regiment of Foot defended the eastern perimeter of the Sherpur cantonment outside Kabul against overwhelming odds during its siege and the eventual Afghan attack. It seems likely that the artist here depicts daybreak at the eastern wall of the cantonment on Christmas Eve. Officers scan the horizon to discover that the Afghan tribes have dispersed.