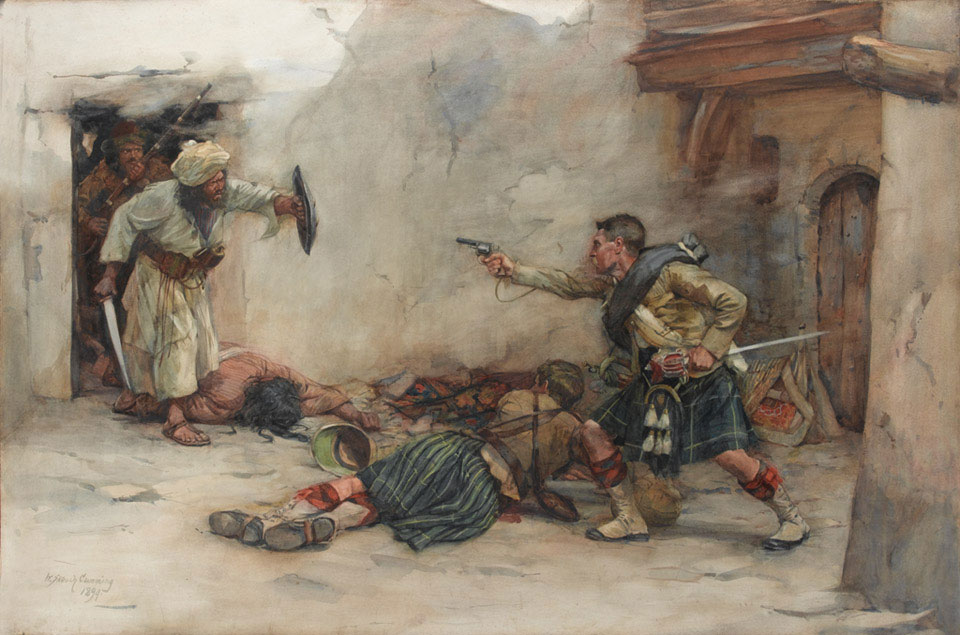 After taking part in Major-General Frederick Roberts' famous march from Kabul to Kandahar in August 1880, the 92nd Highlanders were immediately sent into action in order to relieve the besieged garrison. During the subsequent fight, Lieutenant Menzies, on hearing voices on the other side of a locked door, shot the lock open. Immediately a shot came from inside the room, wounding the lieutenant. Drummer Roddick, the closest soldier to Menzies, drew his claymore and stood over the officer while a group of Afghans rushed through the door. Roddick fought them off until a second soldier arrived, thus allowing Menzies to be carried to safety.