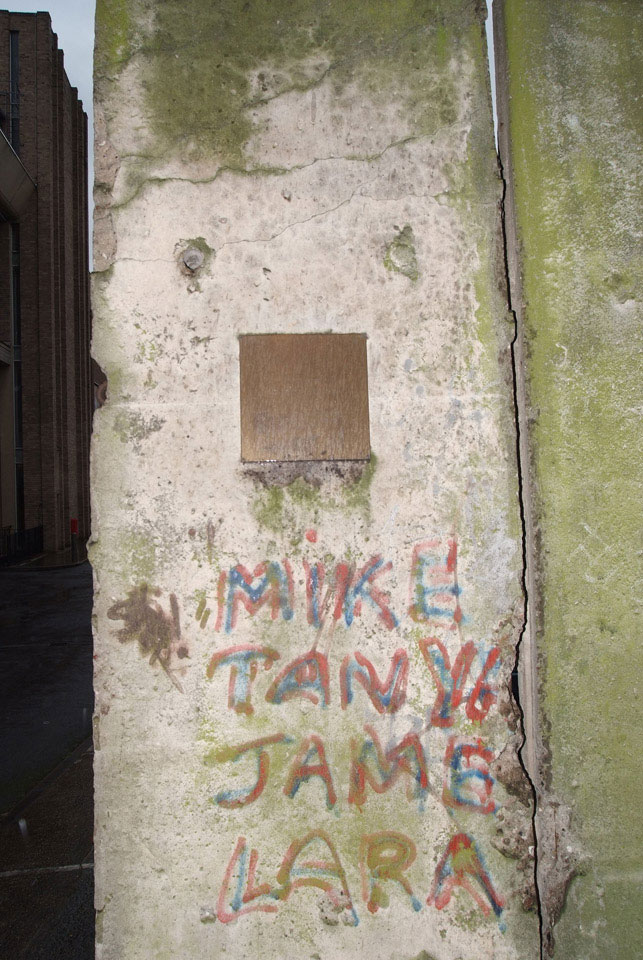 The most infamous section of the 'Iron Curtain', the Berlin Wall has come to symbolize the oppression of the Cold War (1945-1990). It was erected in 1961 on the orders of East Germany's leader Walter Ulbricht to stop people leaving for West Germany. East Berliners breached the wall in November 1989. The following year Germany itself was re-united.

The fall of the wall and German re-unification signalled both the end of the post-World War Two Allied and Soviet occupation of Germany and the subsequent Cold War. The wall's demise also marked the end of an era for the British Army. Since 1945 the Army had, alongside its NATO Allies, trained and prepared for an armoured war with the Warsaw Pact countries in Germany.

The bronze plaque in the centre states: 'Presented to the National Army Museum By 62 Transport and Movements Squadron The Royal Logistic Corps (BERLIN) 1945 - 1994'.