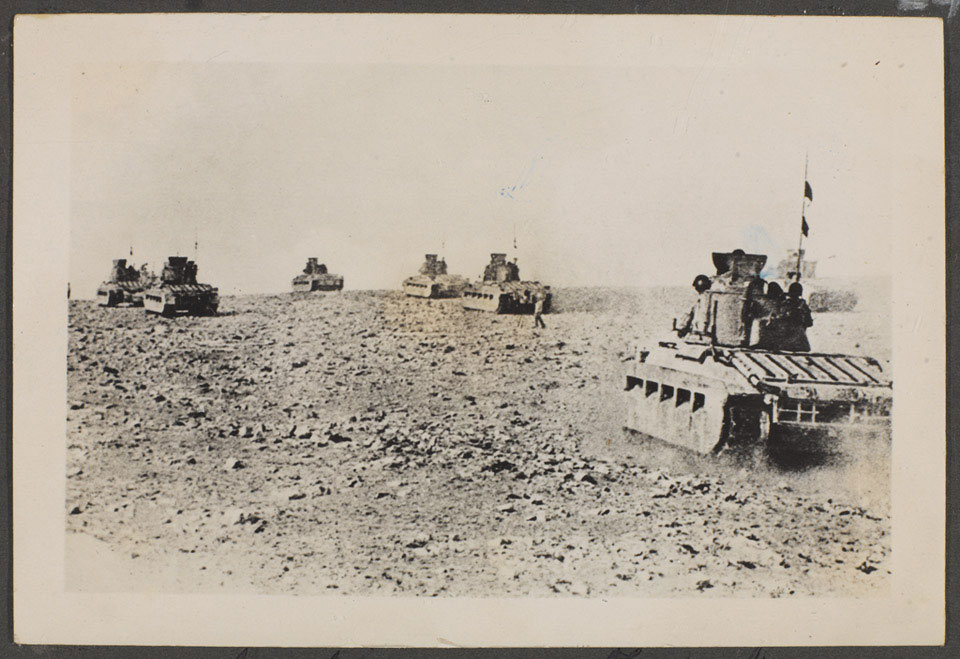 The Matilda II was one of the best tanks in British service during the early years of World War Two. Heavily armoured, its main drawbacks were its low speed and relatively small turret ring which meant it could not be upgraded with a larger gun. By 1942 its 2-pounder cannon was less effective against the new generation of German tanks.