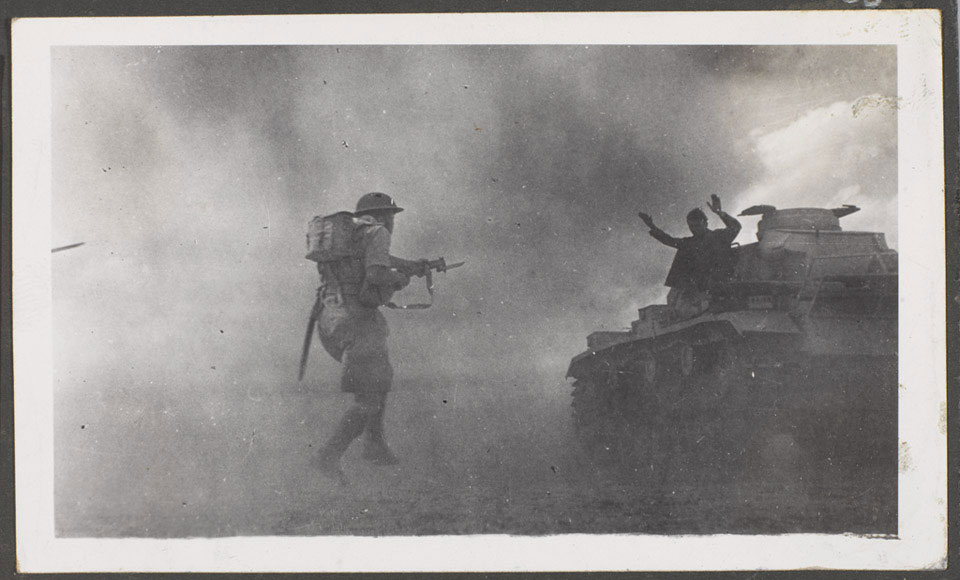 On the night of 24 October 1942, under cover of a 600-gun barrage, the 8th Army attacked the Axis positions at El Alamein. After ten days of bitter attritional fighting, the heavily defended German line was breached. On 4 November Montgomery's armour broke through and the pursuit of the defeated Germans and Italians towards Tunis began.