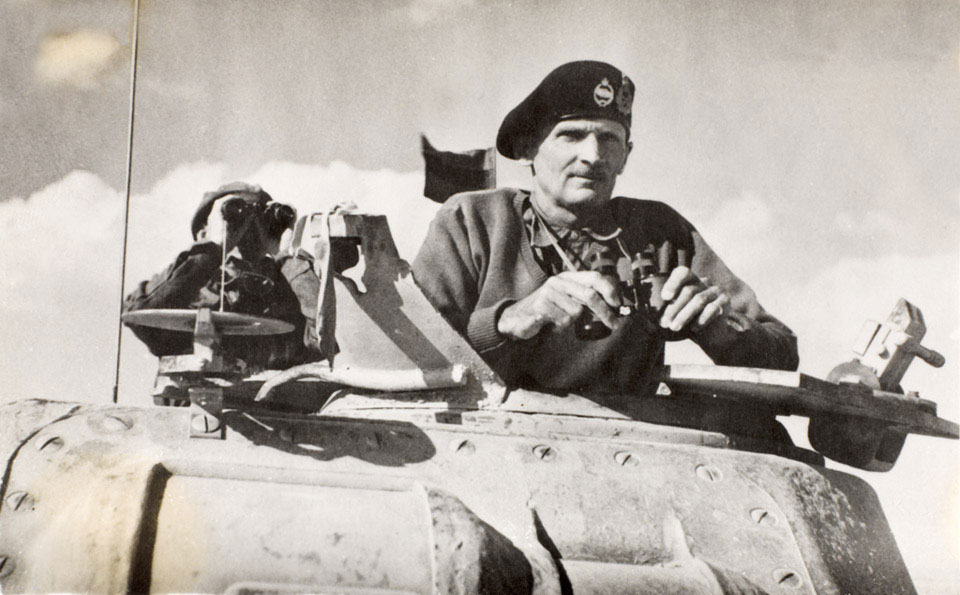 Born in London in 1887, Montgomery attended Sandhurst and was nearly expelled for fighting with hot pokers. He graduated into the Royal Warwickshire Regiment, and was sent to France in the First World War where he was shot through the right lung by a sniper, and nearly died.

By 1938, as a major-general he helped suppress the Arab Revolt in Palestine. When Britain declared war on Germany, his command, the 3rd Division, went to France with the British Expeditionary Force. Monty predicted a disaster, and so trained for tactical retreat, something that proved vital during the evacuation of Dunkirk in 1940.

His criticism of other officers was controversial, but Monty was one of the most capable commanders in the British Army. In 1942 he was appointed Eighth Army's commander in the Western Desert, where he set about transforming the fighting spirit and abilities of his men. Montgomery effectively organised the defence of El Alamein against Rommel, countering Italian and German attacks, before delivering the Allies their first major land victory of the war at the Second Battle of El Alamein in October. This was a turning point in the North African campaign and saw Monty knighted and promoted to full general. Monty also played a crucial role in the Allied invasions of Sicily and Salerno in 1943, in spite of disagreements with US Generals George Patton and Omar Bradley.

Monty commanded the 21st Army Group - an invasion force for Normandy as part of Operation OVERLORD. Despite set backs, Monty's skilful planning entrapped and defeated the German forces in Normandy at the Falaise Pocket. The increasing number of American troops saw US General Dwight Eisenhower made Supreme Allied Commander, despite Monty's bitter resentment, although he was promoted to field marshal as compensation.

After overseeing the meticulously-planned Rhine crossings of March 1945, Montgomery's formations advanced out on to the North German plain. He accepted the surrender of all German forces in Denmark, northern Germany and the Netherlands on 4 May 1945. After the war he was involved in several personal controversies, and his post-war life never properly rewarded him for his brilliance in command during the Second World War. He died in Isington on 24 March 1976.